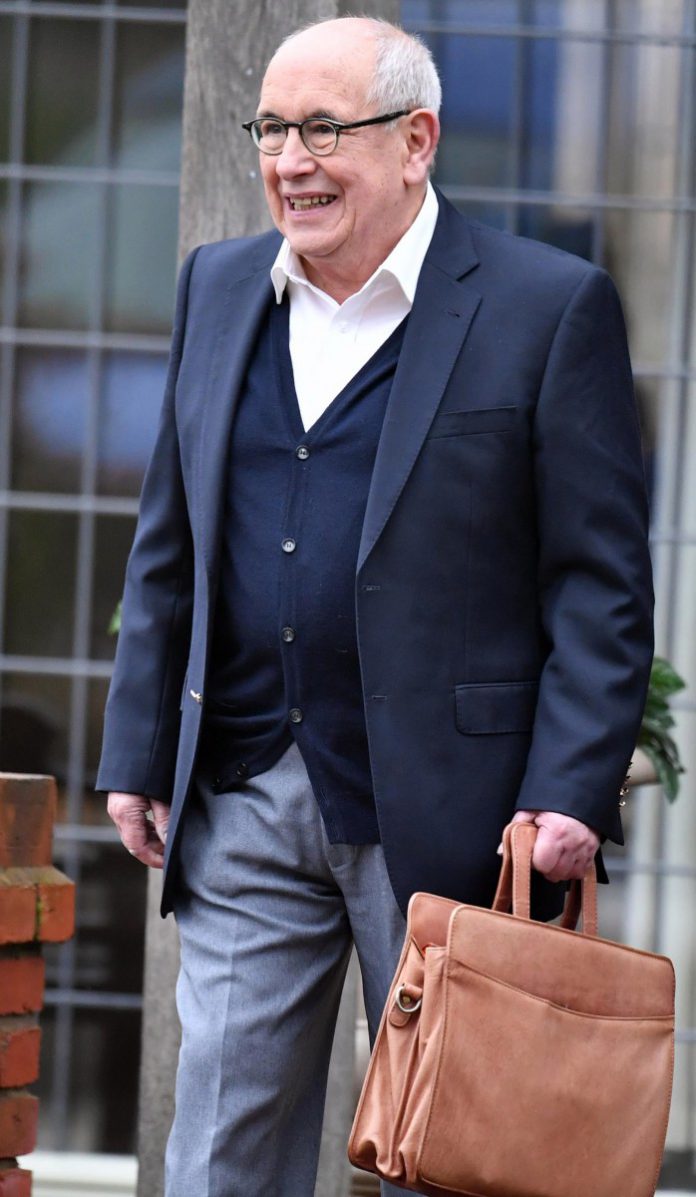 CORONATION Street’s Norris Cole is returning to the Cobbles after actor Malcolm Hebden was pictured on set.

The 80-year-old actor was pictured looking fit and well, with a smile on his face, as he filmed new scenes for the ITV soap.

Malcolm looked smart in a dark blue blazer, grey trousers, and a white shirt and navy cardigan, while carrying a tan bag.

The actor was last seen on screen in December when he paid Rita Sullivan a flying visit.

Malcolm suffered a heart attack in 2017 and was forced to take a significant amount of time off work.

He returned for a guest stint in May last year, when Norris asked Mary for a divorce so he could marry his new girlfriend Freda Burgess.

Fans were delighted to see him on screen again last month, and will no doubt be excited to see he is due back in Weatherfield once more.

In his scenes before Christmas, viewers sawNorris join Rita for a cup of tea, but he was barely there for five minutes before he headed to the Rovers to meet Freda.

Rita said she wanted to go too, but Norris brushed her off.

She told him before he left: “I never thought I’d say this, but it would be lovely to see more of you.”

Fans at home were relieved to see Norris back on the soap – but admitted seeing Rita upset was heartbreaking.

One said: “Nice to see Norris back on #CoronationStreet”.

Another said: “I feel so sorry for Rita. Everyone is pushing her away. Shes gonna b all alone at xmas”

Boris Johnson under pressure to relax strict rules on weddings after ripping up his...

Tier 3 lockdown rules mean Manchester locals will be EVICTED from their homes and...

Britain will ‘go down the plughole’ without major push to get staff back in...