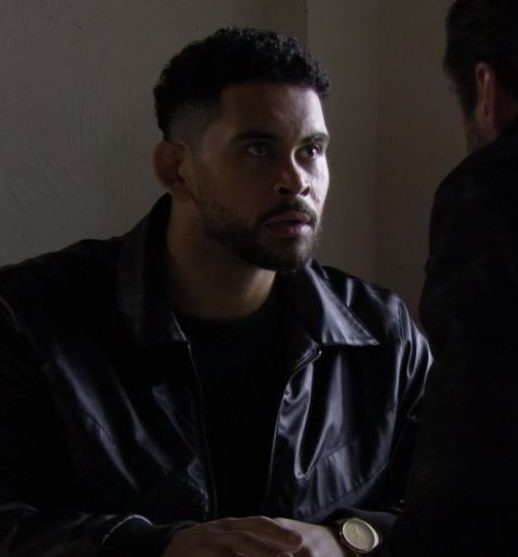 The latest theory viewers come up with is that the good guy gone bad killed hisbusiness partner instead of gunning down Keanu.

It comes after an explosive Christmas Day episodethat led fans to believe Martin had murdered Keanu after his affair with Phil’s wife Sharon was exposed.

Since then, Tubbs has been missing on-screen and a teaser trailer has spread doubt about whether Keanu really is dead.

Tubbs’ disappearance has made fans suspicious, with Ben previously promising to get him “off the scene”.

Fans pointed out he is a threat to Martin because he can link him to his recent bad boy behaviour.

One said: “The shock on Bens face when he said ‘you actually went through with it’ bcos it definitely wasnt Keanu.

“I may be the only one to think this but… do you think its Tubbs that they got rid of? #EastEnders.”

Another added: “And what did Ben mean when he told Martin: ‘I can get Tubbs off the scene’ Before Martin starts talking about ‘murder’ and ‘killing someone’, Ben says: ‘and I need a person’.

“Odd phrase. Then he talks about Keanu being a dead man. What did he really ask Martin to do? #EastEnders.”

Someone else wondered: “Did Martin really shoot Keanu dead? Or was it Tubbs?”

Fans are convinced Keanu is alive

Martin is seen telling Ben to sort out his problem

A viewer claimed: “Keanu alive but Tubbs is the one dead. Though, not sure whether it was Martin or Keanu who killed him, and whether or not Ben is in on the twist.

Another said: “#EastEnders I think Martin shot Tubbs and thats why he was crying at the end.”

The countdown is on to find out what really happened on Christmas Day – but fans will have to wait until New Year.

A trailer showing a flashback episodehas hinted that Keanu is alive – and Linda helped fake his death.

A teaser trailer has suggested Linda was involved\

The video shows the message “family means everything…” before the words, “lies, secrets, giving, taking and revenge” flash up on screen.

Viewers then see Keanu alive, Louise looking shifty and Linda standing next to the grey van.

Martin is seen telling Ben “it’s done” and ordering him to sort out his problem.

EastEnders was the fourth most-watched show on Christmas Day with 5.47million viewers.