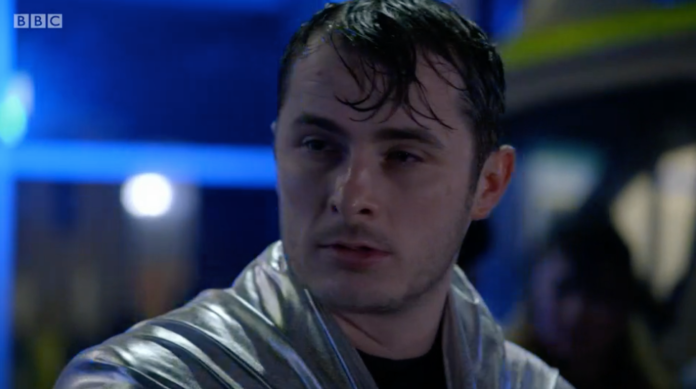 EASTENDERS fans are terrified that Ben Mitchell has lost his hearing for good.

The mechanic – who is played by actor Max Bowden in the BBC soap – was unable to hear Keanu Taylor tell him where boyfriend Callum Highway was being held hostage.

He was disoriented and could only hearing ringing, and while Ben has been partially deaf since he was a youngster and caught meningitis, fans now fear almost drowning in the Thames has worsened his hearing issues.

One wrote: “If Ben is deaf not only will he not hear Callum he wont hear Lexi either!! #Ballum #EastEnders”

A second said: “Why does the thought of ben being completely deaf make me feel sick? #Eastenders”

However other fans pointed out that it was most likely due to his already existing issue as well as the trauma of what went on last night.

He heard a gunshot at close range, fell into the Thames, was in a brutal fight with Keanu Taylor and was most likely in shock at losing Callum.

One wrote: “The sound of the gun, probably losing his aid when he hit the water, a bang on the head, almost drowning & shock will all contribute to his temporary hearing loss.”

A second said: “He’s only partially deaf in one ear. I assumed he’s lost his hearing aid and was in shock.”

Another added: “Ben has always been deaf. He was born deaf and mustve lost his hearing aid in the water.”

Meanwhile Ben still has to find boyfriend Callum who fell and injured himself as he tried to escape Keanu’s captivity.

He fell down a shaft and was seen losing consciousness while Shirley Carter tried – and failed – to find him.

Meghan Markle and Prince Harry booed & branded ‘fake royals’ by crowd on ‘me...

Love Island’s Rebecca Gormley on the rocks with Biggs Chris after spending the night...

Denise Van Outen admits it took two people to get her into her Masked...