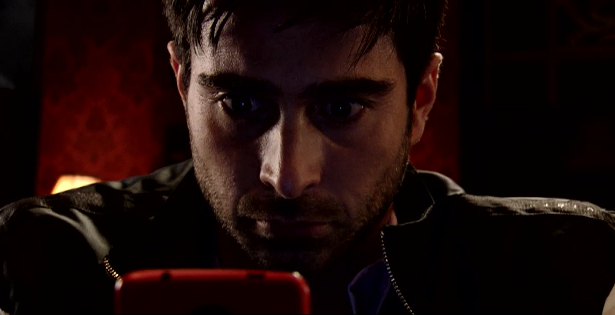 EASTENDERS fans fear for Whitney Dean as Leo King appears to be planning his revenge against her.

Whitney has been seeing Leo, not knowing he is actually the son of her abuser, peadophile Tony King.

His cover was nearly blown earlier this week when Whitney’s surrogate sister Tiffany Butcher revealed she knew Leo, but Whitney ignored her warnings.

Leo continued to pursue Whit by meeting her for a surprise date in E20 in Friday’s episode.

However, Whitney was in no mood for a date, as she downed alcohol and had an intimate confrontation with her former fiance Callum Highway, who was there with new boyfriend Ben Mitchell.

Callum could see Whitney getting drunker and more emotional, so went over to the table to talk to her.

The pair opened up about their cancelled engagement, before Whitney tried to kiss him.

Callum stopped her and she decided to leave the bar.

As Leo offered to let her stay at his house, she broke up their fledgling romance.

She told Leo: “Look, you are a really lovely bloke and why you’d want to see me after today is beyond me.

“But I’m just not ready for a relationship right now. Not yet.”

Later on, Leo is sat on his own in the Queen Vic, where he is noticed by Gray Atkins and Karen Taylor.

The pair can sense something is wrong with Leo, with Gray remarking he came for an interview at his law firm.

He said: “We interviewed him for a job this week.

“He went on for an hour about injustice, putting the world to rights. Bit intense.”

Karen replies: “You wouldn’t want to be on his bad side, would ya?”

As she says that, the camera pans out to show a furious Leo scrolling through photos of Callum and Whitney together – is he about to do something rash?

Fans feared for what Leo would do to Whitney – and Callum.

One person said: “Well Leo clearly has issues. How far will he go??”

Another said: “If Leo hurts Callum, I want be and Stuart to team up and take him down.”

A third added: “I can’t believe I had to sit and watch creepy leo giving my precious son Callum evils.”