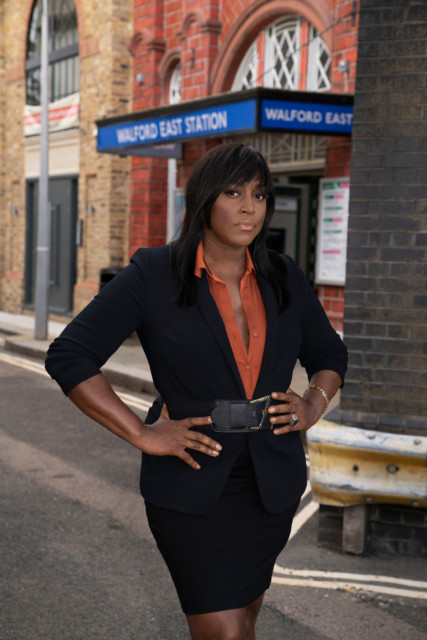 NEW EASTENDERS star Mica Paris has warned that Denise and Ellie will clash in a bitter “tug of war” over Raymond.

The singer-turned-actress is set to play the newest villain on the Square, Ellie Nixon, who is “thrown into the deep end” after a tragic car accident.

Viewers were left stunned last week when Denise discovered the baby boy she gave up for adoption three years ago had been seriously injured in an accident.

And not only that but the car crash had killed his adoptive parents and sister and he’s been left with just his grandmother in the world.

Heading to the hospital to see Raymond, the two women meet but still too stunned, Denise doesn’t reveal her true identity. However, after it’s made clear the toddler will make a full recovery, Denise starts to wonder about what to do.

Ellie thinks she’s the only family Raymond has in the world, so how will she feel to find out his biological mother is here?

Denise can’t help but experience conflicted emotions about her son but after she has an altercation with Phil – Raymond’s biological father – she realises she can’t let him be in Raymond’s life.

Despite deciding that Raymond should stay with Ellie, there’s no guarantee that she won’t change her mind. Ellie, Denise and Phil are set for clashes

Ellie doesn’t know who Denise really is but she has a feeling that there isn’t something quite right about the situation but is so overwhelmed she dismisses her concerns.

“What’s interesting about the whole dynamic at the start – she knows something’s not quite right with Denise but she’s overwhelmed by everything,” says Mica.

“In a way I think Ellie is almost thankful that she has someone to talk to in this moment of total tragedy.

“She’s totally alone in this as her family is gone so she doesn’t want there to be anything bad with Denise as she’s all Ellie has in the midst of all this tragedy.”

Assassin’s Creed Valhalla: Release date, price, gameplay and all we know so far

Prince Harry and Meghan Markle’s £200m Netflix deal to be ‘examined’ by Palace over...