EMMERDALE fans have broken down in tears after Faith Dingle revealed her plan to take her own life.

The barmaid – who is played by actress Sally Dexter in the ITV soap – is suffering from terminal cancer and has just weeks to live. 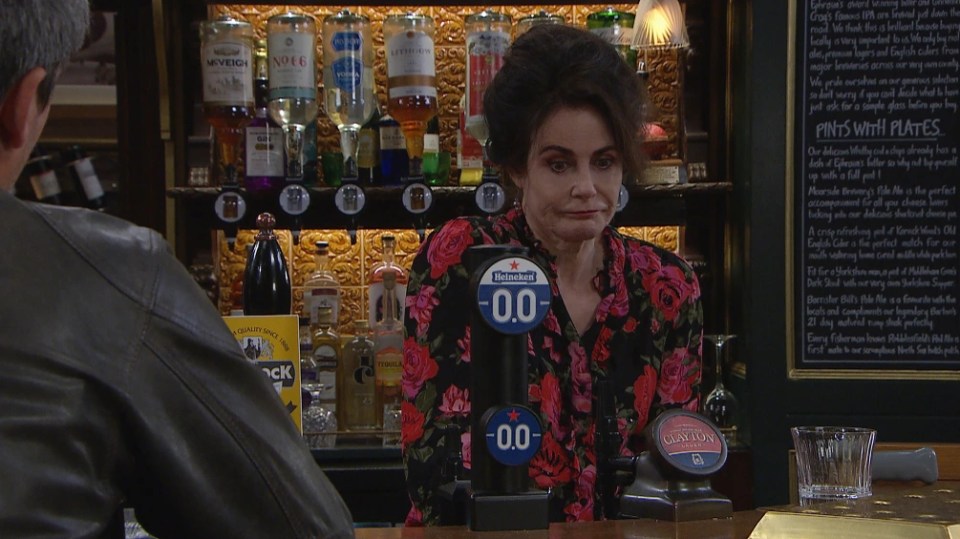 Faith has terminal cancer and hasn’t got long left

But with the cancer spreading to her brain, Faith has become terrified of her mind playing tricks on her.

Last night she terrified grandson Kyle by lashing out at him and previously she was left scared thinking son Cain was her abusive husband Shadrach.

And with all this on her mind, Faith has become determined to take her own life.

Tonight she told daughter in law Moira of her plans.

“Tricia my palliative nurse thinks things are going to get worse, sooner rather than later,” she said.

“We’re talking weeks here, maybe not even that, who knows…

“And dying is one thing, but it’s another losing your mind and then still dying. I just don’t want to be lost in here.

Moira was devastated and burst into tears as Faith continued.

“None of this feels real, that’s the thing. I know I’m dying but I don’t believe it, not really. Even when I can see what it’s doing to me.

“I’m scared that I’m not going to be able to say goodbye to my children because I don’t know who she is.

“And I’m scared I will be helpless to stop the demons in me rampaging around causing more wounds – wounds that I would leave them with.

“But if I can do this one thing, this one final thing, then I can save us all from that. Maybe there’ll be even some time to make some good memories before I pull the curtain down.”

Viewers broke down in tears at the scene.

One wrote: “Faith is the life and soul of Emmerdale. Such a heartbreaking storyline.”

A second said: “Emmerdale just won’t be the same without Faith. She’s one of my favourite characters.”

Another added: “Poor Faith! Bless her. It’s gonna be so sad to see her go.”

Did you miss our previous article…
https://hellofaread.com/soap-opera/hollyoaks-malique-thompson-dwyer-is-a-dad-again-as-he-reveals-unusual-baby-name-and-first-picture/

Coronation Street fans think Yasmeen will change her ‘not gulty’ plea as she begs...

Battlefield 2042 Early Access: How to play NOW ahead of next week’s release

Love Island spoiler: Paiges head is turned for Luke M as he asks her...