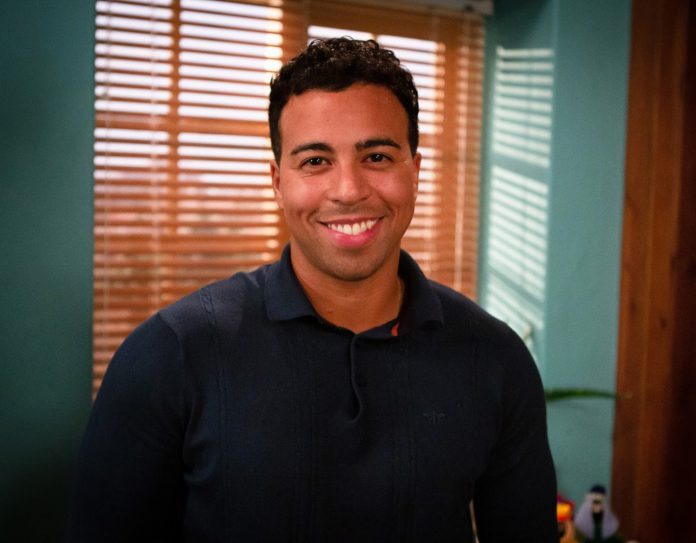 AARON Anthony has been cast as Ellis Chapman in Emmerdale after the character’s pervious actor was sackedfor his row with Jamie Lomas.

Asan N’Jie, 25, was caught on camera threatening to “knife and kill” the Hollyoaks star, 44, at the TV Choice Awards.

And now his fate has been sealed – after he previously claimed he would make a comeback.

Today Emmerdale announced the character of Ellis will be played by Aaron Anthony going forward.

The actor has previously starred in Delicious, Doctors, The Other One and Behind Her Eyes.

Last month, viewers saw Ellis head over to Dubai to work at his mum Jessies school as a PE assistant.

This December, viewers will see him return unannounced to the village – just as tensions between Al and Billy threaten to boil over.

Aaron says: “Emmerdale is a cracking show with a brilliant cast that I’m over the moon to now be a part of.

“I know Ellis is a well loved character and I’m looking forward to continuing his journey and all that’s in store for him.”

The dispute,which is said to involve money, is believed to have been started by Asan – whowas heard goading Jamie.

As the atmosphere turned toxic, the young star had to be restrained and could be heard shouting: Do you think you are a f***ing big man, Im going to f***ing kill you.

He also shouted: Im going to f***ing knife you.

Jamie Lomas was embroiled in the incident that got Asan sacked

In the aftermath of the bust-up,Asan issued a grovelling apology.

He said in a statement: My behaviour at the TV Choice Awards was completely unacceptable and very much out of character.

I sincerely apologise to everybody who has been affected especially Jamie Lomas, the whole Emmerdale team, our audience, ITV, my family, and the organisers of the TV Choice Awards.

I am devastated, accept full responsibility for my actions and I am determined to learn from this.

Where is Chequers and who owns it?

Strictly viewers slam ‘mean’ Janette Manrara for being ‘cruel’ to Vito Coppola on It...