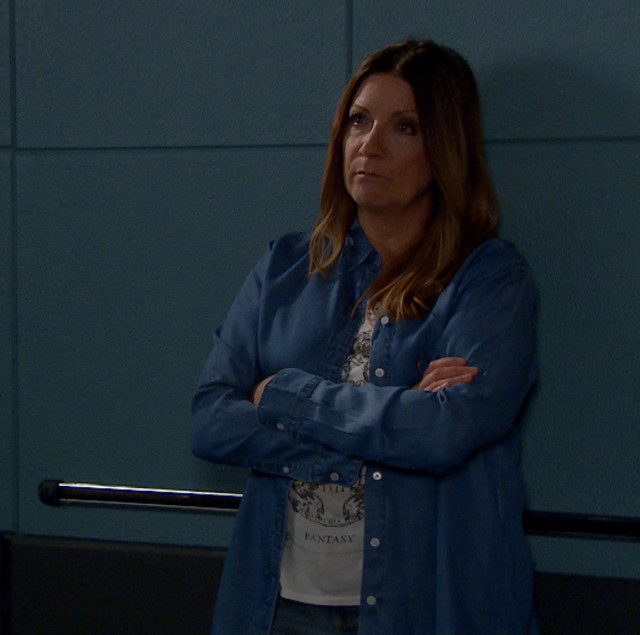 EMMERDALE’S evil Malone shocks Harriet Finch out of her skin when he declares his love for her next week.

Malone’s declaration comes shortly after Harriet’s fiancee Will Taylor smacked him over the head with a spanner.

Malone had been planning to frame Will for drug dealing charges so he could have Harriet all to himself.

But his evil scheme didn’t quite go to plan as Will realised what he was up to and tried to finish him off once and for all.

Next week’s episodes of Emmerdale will see Harriet track down Malone after finding out about Will’s brutal attack. But Malone only jumps down Harriet’s throat, slandering Will and accusing her of visiting him for another romp.

When Harriet denies his accusation, Malone reveals the extent of his feelings for her. Malone then shocks Harriet with a declaration of his love

Harriet is stunned by his declaration of love.

The burning question is: will she decide to leave Will for Malone?

ITV soaps boss John Whiston accidentally revealed an upcoming murder last month – and fans were convinced Malone would be the one to meet his end.

But with Malone very much alive and kicking – might he set out for revenge?

Over 21million Brits set to be under Tier 3 restrictions or ‘circuit-breaker’ lockdowns within...

Fortnite Chapter 3 is coming soon and sending players to the Flipside – here’s...