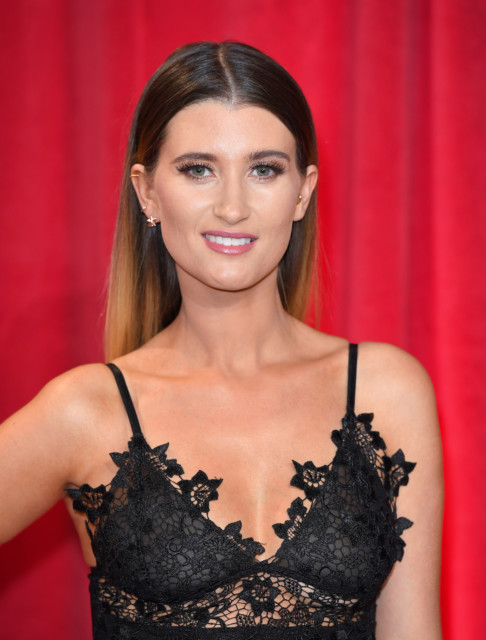 The 32-year-old, who plays Debbie Dingle in the soap, says she has struggled with her mental health during the Covid-19 pandemic.

Speaking to OK! Magazine, the mother-of-three opened up on her battle with anxiety and the challenge of raising three young children amid the crisis.

Charley said: “It’s been challenging getting into a good routine with all three of them in the house constantly. It’s lovely having Matthew home though, as it does make things easier.

“I’ve had terrible health anxiety. At the start it was really bad because I’d be constantly on my phone reading about the virus or watching the news to the point I couldn’t stop crying.” Charley and Matthew Wolfenden have three children together

She is married to her co-star Matthew Wolfenden, 40, who plays hapless shop owner David Metcalfe.

The pair share sons Buster, 12, Bowie, four, and 10-month-old Ace, and while they have been grateful to spend more quality time together, they were hoping to enjoy an adults-only getaway to celebrate Matthew’s 40th birthday earlier this month.

Despite no longer being able to go on holiday, Matthew was still able to have a great day at home with his family.

He commented: “Charley and the kids thoroughly spoiled me – it was still such a lovely day.

“It wasn’t the party we originally planned, but it was perfect given the circumstances.” He explained: “There are good days and bad, sometimes you just wake up in a foul mood for no reason. On those days, it’s nice to go out on our walks separately.

“You have to be honest when you’re stuck together so much.”

While Charley is still out of work and is unsure if she will return to the soap, Matthew could soon be on our screens in brand new episodes as Emmerdale has returned to filming after the Government eased some lockdown restrictions. The soaps production team has begun a phased return to filming by recording six new episodes.

However, it will not be a return to normal, with the first six episodes shot featuring only two or three characters.

HOAR Online can reveal that bosses hope the six special episodes will bridge the gap between pre-shot episodes and a fuller return to filming and avoid the soap going off air.

Filming resumed on Wednesday at Emmerdale’s studios in Leeds involving a pared back crew to ensure health and safety protocols and social distancing measures are strictly adhered to by the team on set.

Two out of three workers think economic meltdown caused by lengthy lockdown will not...