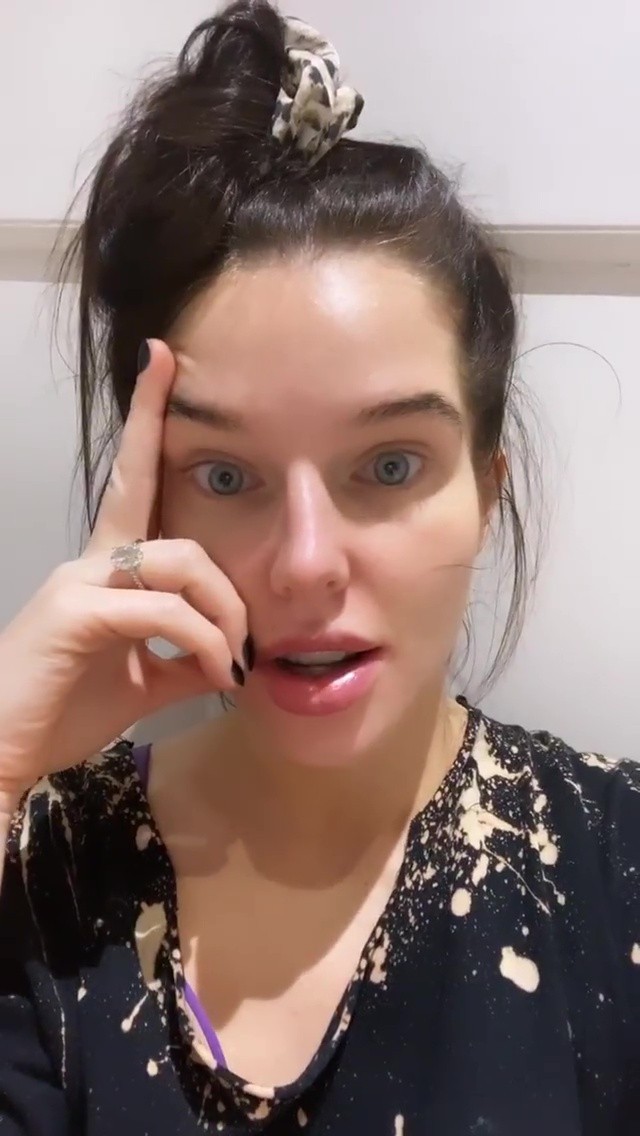 HELEN Flanagan has revealed she can “feel the cellulite” on her thighs after devouring too much chocolate over the festive period.

The former Coronation Street star, 29, has clearly overindulged this Christmas as she admitted to feeling like a “sloth” and eating nothing but sugar throughout December.

The actress took to Instagram to complain about her eating habits as she bathed daughters Matilda, four, and Delilah, one, last night.

She looked casual in a t-shirt and a messy bun as she addressed her followers, saying: “So, I’m just giving the kids a bath. Excuse me, I’ve been an absolute sloth since Christmas Eve.

“I think from December 1st all I’ve ate is chocolate. I actually can’t believe how much chocolate I’ve consumed over the last few days. I feel like the biggest sloth and I can feel the cellulite on my thighs, but 2020 is coming up and I’m determined to smash my fitness goals.

“I can’t wait to show you my fitness transformation, I hope. ”

Helen compared herself to a ‘sloth’

The star is engaged to Celtic footballer Scott Sinclair.

She recently admitted the sporting ace was “useless” during the birth of both their children.

Reflecting on her first labour,Helensaid: “I was 11 days overdue having contractions, and he was like ‘do you not think it is all in your head?’”

She added onGiovanna Fletcher’sHappy Mum Happy Baby podcast that she called the 30-year-old star “all the names under the sun” – and had to put her own pregnancy bag in the car as “Scottwas doing his hair”.

The mum-of-two often shows off her bikini body online

She rose to fame as Rosie Webster on Coronation Street

The former Corrieactress continued: “The second time wasnt much better.

“He looked a bit gormless, to be fair. They dont get it.”

Scott and Helen have been together since 2009, with the pair welcoming Matilda in June 2015.

The footballer popped the question in May 2018 when they went on a romantic babymoon during Helen’s pregnancy with Delilah.

Meghan Markle denies she ‘manipulated’ Harry insisting she gave up her career for the...