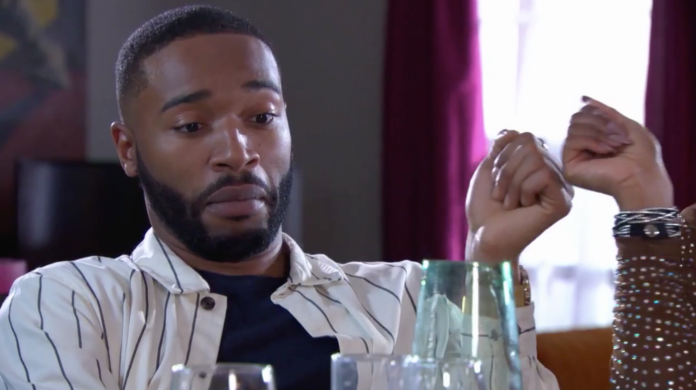 HOLLYOAKS fans are in hysterics after Celeste and Toby Faroe openly schemed against their biological family at dinner – without anyone realising.

The two estranged triplets – who are played by actors Bobby Gordon and Andrea Ali in the Channel 4 soap – even fist-bumped after causing their sibling Mitchell to storm out of the dinner after their grandfather Walter’s homophobia made a return.

Toby and Celeste even fist-bumped their celebrations

Celeste called out Mitchell for holding hands with his boyfriend Scott under the dinner table after Walter invited them to a family dinner.

She said: “Groping under the table, get a room guys. Scott, darling did you bring your toothbrush?”

Toby added: “I hope the walls are thick.”

Walter then told him: “It is uncomfortable. I am taking baby steps. I welcomed you both with an open heart but you take advantage and start flaunting it. In my home it is inappropriate. I have held out an olive branch.” Celeste loves her scheming and fans love it Mitchell and Walters relationship is being tested by the siblings

A furious Mitchell told him where to go and began to collect the rest of his things before going to leave.

Meanwhile Martine and Lisa raged at Walter for his behaviour and yet no-one noticed Celeste and Toby openly celebrating the chaos they caused.

And viewers couldn’t get over it and were in hysterics about them flaunting their wanton destruction.

One wrote: “Celeste is savage lol”

Another added: “Toby and Celeste are like naughty children! You can’t help but love them Face with tears of joyTwo hearts #Hollyoaks”

Later, Celeste even clapped when her plan came together and evil dad Felix arrived in the flat shocking Martine.

Prince Harry’s boast of 25 Taliban kills in new memoir Spare was calculated for...

I’m A Celeb’s Frankie Bridge and Arlene Phillips break down in tears over Richard...