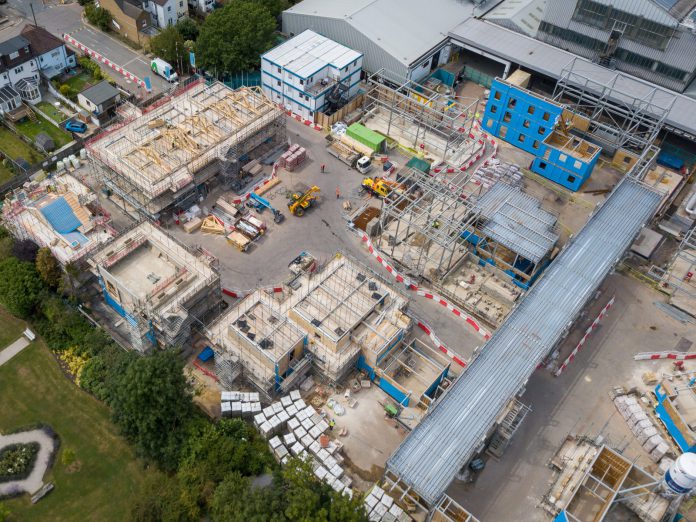 NEW pictures from the EastEnders set, which is undergoing an 87million overhaul, show how much progress is being made.

As these snaps from the BBC soap’s Elstree studios show, builders are busy beavering away on some huge new houses in the Square.

One unidentified home is three stories high, although it is not yet clear which characters will live there.

The build seems to be coming along nicely, judging from the pics obtained by fansite EastEnders Hub, but it is still behind schedule as it was due to be completed in August this year.

The Hertforshire studio where the iconic soap is filmed is undergoing a huge transformation and initally got underway in 2015.

The construction site is just a stone’s throw from the show’s current set and will allow for the series to be filmed in high definition.

But the cost of the project – which is funded by licence payer’s cash – was meant to be 60million but had already gone 30million over budget.

It is now not likely to be finished until 2023.

The new site will include a front lot, which will resemble Albert Square and the traditional site.

There will also be a back lot that has been designed to emulate the streets of London nowadays and reflect “modern East End London”.

But while the set is sure to look amazing when the long-running build is complete, locals who live near the site have been furious about the disruption the work has caused.

Some residents told the Daily Mail that the “diabolical” building work has left cracks in their walls and ceilings from heavy machinery shaking the ground.

The BBC insisted in response to the complaints that they were “extremely mindful” of disturbing residents and were keeping them “regularly updated”.

Meghan Markle’s HRH title stripped from biography on Royal website and only references the...