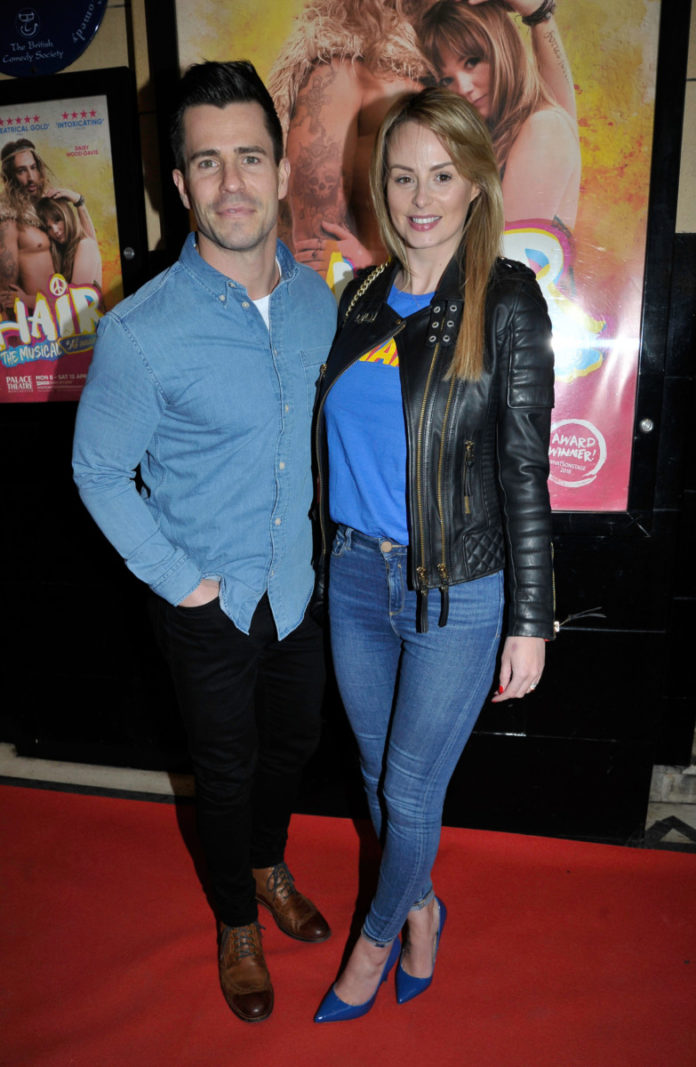 RHIAN Sugden has revealed her third round of IVF has been postponed over coronavirus.

The Page 3 legend was left heartbroken last year when her second attempt at IVF failed just before Christmas.

The couple’s IVF attempt has been delayed

She is married to Coronation Street hunk Oliver Mellor.

Writing on Twitter she said: “Our fertility clinic has closed due to #COVID19 so we are currently on hold until further notice.

“Good things come to those who wait right?”

Rhian was left heartbroken in September when she was told the treatment had not been successful but the pair vowed to again. They married 18 months ago

After undergoing a gruelling 10 days of hormone injections, Rhian remained positive when she was told her second round had been more successful.

Despite being told there was only a two percent chance of an egg being fertilised, one egg did just that.

She had a two-week wait to find out if she was pregnant but – just a week before Christmas – her hopes were dashed when the test came back negative.

Rhian, of Manchester, previously told HOAR: “After getting so far on our second round it was really heartbreaking to find out it hadn’t worked. It broke me.

“It ruined Christmas for us both and it has been really difficult to deal with – especially for me having all the hormones injected and placing all my hopes on one egg.”

“Infertility is something that isn’t really spoken about, and is something men and women shouldn’t be ashamed of.”

Boris Johnson clashes with Liz Truss as he tries to calm tensions with EU...

Love Island to axe TWO contestants in another brutal dumping

Gamestop sold an NFT based on 9/11