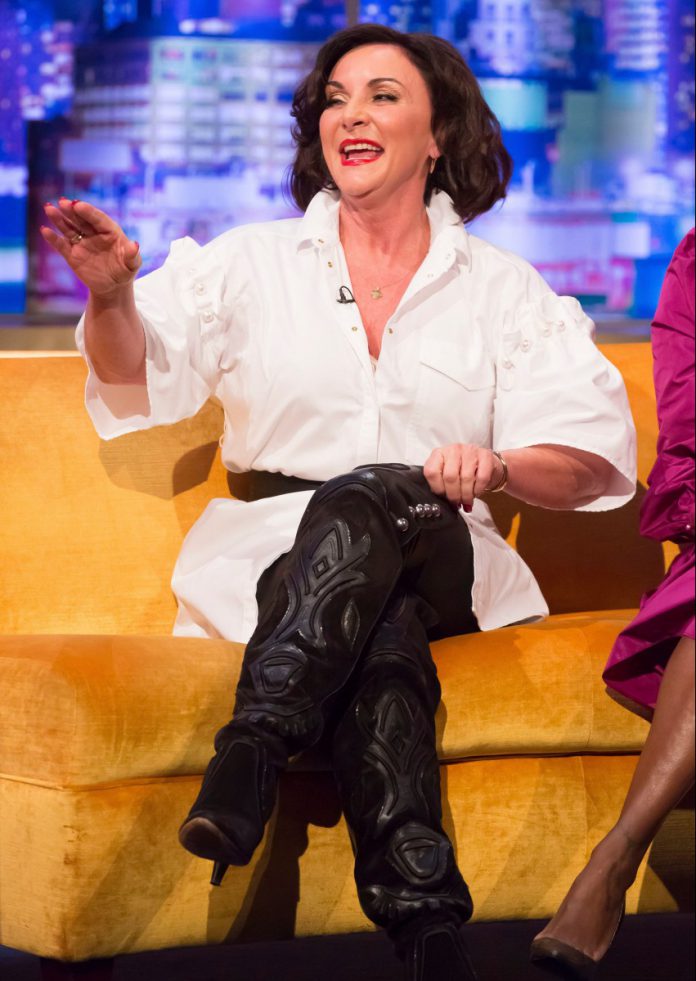 STRICTLY judge Shirley Ballas has defended her decision to send Catherine Tyldesley home by liking a tweet about her “wooden and stompy” dancing.

Taking to Twitter following Sunday’s elimination episode, Shirley went on to like a string of comments backing her decision to keep BBC Breakfast present Mike Bushell in the competition.

One of the tweets criticised Catherine’s dancing.

It said: “Completely agree! Catherine has been wooden and stompy for weeks, not much improvement from week to week. Mike was technically better last night. @ShirleyBallas has a tough job, but she had to do it, the twitter hate campaign will stop soon enough”.

The ballroom and Latin star also liked another, which suggested fellow judge Craig Revel-Horwood should also be blamed for sending Catherine home.

One of the tweets called Catherine’s dancing ‘wooden and stompy’

The also liked a tweet saying others should be blamed

Completely agree! Catherine has been wooden and stompy for weeks, not much improvement from week to week. Mike was technically better last night. @ShirleyBallas has a tough job, but she had to do it, the twitter hate campaign will stop soon enough

The tweet read read: “My god do I feel sorry for @ShirleyBallas getting all this abuse! She had a job to do and she used her professional experience. Why does that deserve death threats. And why isn’t Craig getting the same backlash? His vote contributed to it all! People need to grow up! #Strictly”.

The head judge has previously received death threats after Dev Griffin crashed out of the competition, with fans even calling for Len Goodman to return.

Speaking at the Pride Of Britain Awards, Shirley insisted that she shouldn’t be held accountable, telling us: Every time someone goes out someone gets upset.

I have one question – why was Catherine in the bottom two?

Shirley backed her decision on the Pride Of Britain red carpet

She continued: I stand by my decision. Why was she there in bottom two?

You cant complain if it ends up like that. Its about what they do there and then. And I know I absolutely made the right decision. Every week we could have the same conversation.

During Sunday nights result show Catherine broke down in tears when she learnt she had lost her place.

Catherine, 36, scored 24 points for her Cha Cha Cha as a zombie bride, and found herself up againstMike, 53,who had scored one point more.

After both couples danced again it was up to the four judges to decide who to send home.

Despite Catherine and Johannes having been saved by Motsi Mabuse and Bruno Tonioili , head judge Shirley had the casting vote, and decided to save Mike and Katya Jones.

EastEnders spoilers: Stuart in violent clash with Max after he refuses to divorce Rainie

Where to get Defog in Pokemon Brilliant Diamond and Shining Pearl