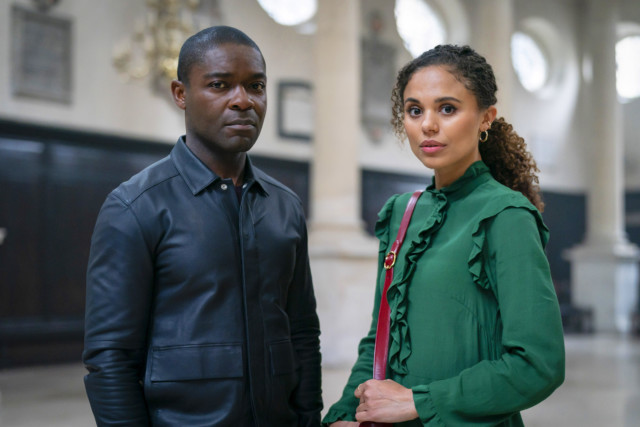 THE Girl Before is the BBC’s hotly anticipated four-part psychological thriller.

Starring Eastenders actress Jessica Plummer, here’s the lowdown on who stars in the BBC drama.

Who stars in the BBC drama The Girl Before?

The new four-part psychological thriller will be lighting up our TV screen tonight, but who stars in the new novel adaptation?

Fresh from I’m A Celebrity Get Me Out Of Here and EastEnders where she played Chantelle Atkins, Jessica will play Emma in the new drama series.

Her character lives in the house at One Folgate Street with her boyfriend, Simon.

From 2013 to 2015 Plummer was in the girl group Neon Jungle which achieved chart success with an album peaking at number eight in the UK Album Charts.

The group even supported Jessie J on her Alive Tour in 2013.

Plummer switched from music to acting and apart from starring as Chantelle in EastEnders from 2019 to 2020, she has also appeared in How To Talk To Girls At Parties and Wizards vs. Aliens.

In 2020, Plummer went into the jungle for in I’m A Celeb and placed seventh.

Plummer is known to have one child and was caught on camera once shouting at her child’s father in the street in an angry confrontation. A well-known face on our television screens, Gugu was born in 1983 in Oxford.

Her father is a South African doctor and her mother is an English nurse.

She was raised in Witney, Oxfordshire, famously the constituency represented by David Cameron.

Other roles have included Noni in Beyond The Lights (2014), Prema Mutiso in Concussion co-starring Will Smith (2016), and Plumette in Beauty And The Beast (2017.)

In 2021, she starred as Ravonna Renslayer in Loki.

She will play the role of Jane in the forthcoming series, The Girl Before, who falls in love with a house – One Folgate Street. A classically trained actor, David has become a well-regarded actor in Hollywood circles.

He was born in 1976 in Oxford and plays architect Edward in The Girl Before.

He is perhaps best known for his role as Dr. Martin Luther King in the biopic Selma produced by Oprah Winfrey.

In 2016, David was appointed Officer of the Order of the British Empire (OBE) by the Queen in her New Year’s Honours for his services to drama. Ben plays Simon in The Girl Before, the boyfriend of Emma – played by his real-life girlfriend Jessica.

Ben, who was born Ben Jones, also made his name in EastEnders – just like his girlfriend and co-star.

In 2016 he earned his Hollywood wings as an angel in X-Men: Apocalypse.

Ben also appeared in 2018 mini series The Woman In White, as Walter Hartright, and played Seb in The Voyeurs.

Who else is in the cast?

The cast for The Girl Before is a cross-section of super famous Hollywood celebrities and some up-and-coming new stars as well including:

When does The Girl Before start?

The Girl Before kicked off on BBC Sunday December 19, at 9 pm.

The final and fourth episode concluded on December 22, 20221.

The drama is on HBO Max and BBC One and is available for catch-up on BBC iPlayer.

EastEnders star Maisie Smith, 18, plans on becoming the next Peggy Mitchell and sticking...