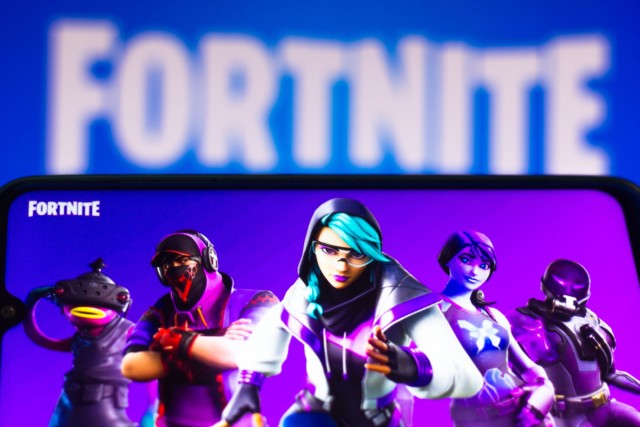 THE Resistance won the war with the IO after Fortnite’s dramatic Collision event.

To celebrate the victory, Fornite Chapter 3 Season 3 is more laid back, titled “Vibin’.”

But of course, at the end of the day, Fortnite’s a battle to the death, so you will want to win.

A new map, new weapons, new mechanics, and more are in store this season, and the first update has given us a lot to talk about.

We’re going to go over the biggest changes in this new season, and let you know what you should be looking out for on the battlefield. As usual, a new season brings a new Battle Pass to buy filled with rewards to earn through your gameplay.

This time it includes Star Wars items and a Darth Vader skin, but the Wind Crawler Glider is certainly nice too.

Or how about the Stormshielder Blades Pickaxe, so you can look good as you mine the world for materials?

To keep seasons fresh, mechanics are often locked away in the vault to make way for the new content.

This time Fortnite has had the vault unsealed, reintroducing a bunch of ideas.

The Baller vehicle is back, in addition to the Chug Cannon for some explosive healing capabilities.

But most interesting has to be the reintroduced weather effects that can change the look and feel of the entire game.

Old mechanics are nice to see but even nicer is seeing some brand new weapons in our pleasant battle royale game.

The new weapons are the Two-Shot Shotgun, the DMR, and the Hammer Assault Rifle.

It’s obvious what the shotgun does, but the DMR is a semi-auto sniper, and the HAR is a heavy-hitting AR with a low rate of fire.

Storm Sickness might be the new feature that’ll get in your way more often than anything else in the new Fortnite season.

Basically, the longer you stay inside the storm, the more damage the storm will do to you.

This prevents players from “tactically” moving in and out of the storm to avoid being spotted by enemies, which became a regular, and problematic, strategy.

A big part of the map has been totally overhauled, introducing the Reality Tree.

This new biome is in the Southwest corner of the map, and the area is filled with unique plant life. The Reality Tree sits in the centre, and can be seen across the map like Elden Ring’s Erdtree.

While it’s not clear what the Reality Tree will become over the course of the season, you can for now bring Reality Seeds to Reality Saplings across the map for rewards.

Ministers launch £310million drive to get homeless people off the streets

I’m A Celeb fans spot the ‘moment’ Giovanna Fletcher won the show when she...