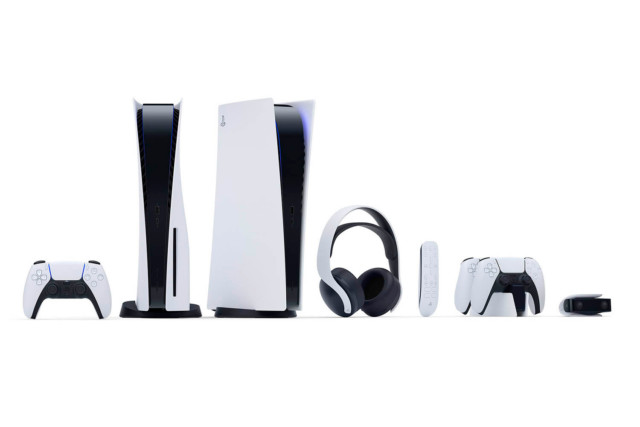 ALREADY desperate to get your hands on Sony’s new console? We’ve tracked down all the latest PS5 price and release date info.

HOAR has spoken to industry insiders – and scoured the internet for clues – to reveal how much you’ll likely be paying for the PlayStation 5, and when.

This is the full line-up of PS5 consoles and accessories

The PlayStation 5, or PS5, is Sony’s next-gen console.

It’s expected to launch later this year, and promises graphically intensive games that can run at 8K resolution.

The console was fully unveiled at a special event on June 11, and sports a new space-age design.

Sony is selling the console in two variants: a normal unit, and a ‘digital’ edition with no disc tray. PS5 price – how much will the PlayStation 5 cost?

Sony still hasn’t confirmed how much the PS5 will cost.

What we do know is that there are two different models, including an all-digital edition.

This will almost certainly be cheaper, because it abandons the disc-tray (and therefore the UHD Blu-ray player).

We spoke to gadget expert Paolo Pescatore, who said the console will have a premium price, thanks to the slick new design and high performance.

“Expect a price point somewhere between £400-500 for both models,” said savvy analyst Paolo, of PP Foresight, speaking to HOAR.

“Obviously the digital only version should be cheaper (maybe under £400).

He added: “Watch out for some introductory bundles at launch.” Of course, nothing is certain right now, with Paolo warning that the global health crisis might cause stock limitations.

And he says users may “think twice” before splashing out on gadgets, given the state of the economy.

Earlier this year, analysts suggested the Xbox Series X and PS5 could hit shelves with price tags as high as £500.

They predicted that the two consoles will share similar specs, pricing and features.

“Both consoles will be a lot more similar to each other in terms of specs, pricing, and features when compared to the last generation,” Serkan Toto of Kantan Games said in January. It’s likely the consoles will launch at a similar price point in the UK, meaning around £500. Sony will start selling its new PS5 later this year

PS5 release date – when is the PlayStation 5 out?

In a blog post, PlayStation boss Jim Ryan said: “Since we originally unveiled our next-generation console in April, we know that there’s been a lot of excitement and interest in hearing more about what the future of games will bring.

“Today I’m proud to share that our next-generation console will be called PlayStation 5, and we’ll be launching in time for Holiday 2020.”

That’s not a specific date, but it’s effectively a promise that you’ll be able to buy it in the run-up to Christmas 2020.

In reality, that probably means the new console going on sale in October or November.

That’s a great time for a new console to come out, as those months are when blockbuster releases like new Call of Duty games typically happen. What is Fortnite’s age rating?