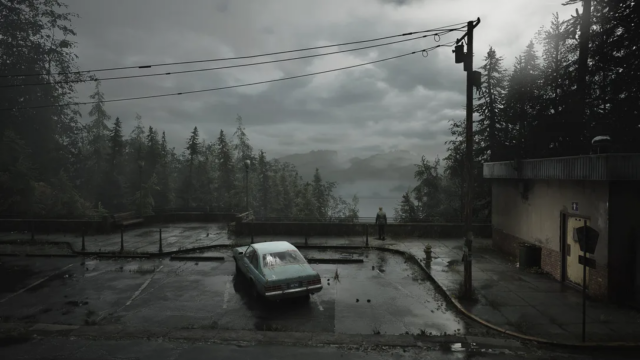 KONAMI has had a turbulent last decade, and its once world-popular franchises, like Castlevania and Metal Gear, feel more synonymous with pachinko than video games these days.

However, this year a number of announcements have seen the revival of some of its popular franchises.

The fog still hasn’t cleared up then.

Suikoden is receiving a highly anticipated remaster, and Silent Hill 2 is being remade, alongside a number of other interesting Silent Hill-based games.

It seems that despite its rough start, eFootball has gained enough interest that Konami has seen the value in games again, and is bringing back some of its classics.

GLHF spoke to senior partnerships and activations manager David Monk, to see if internally Konami were feeling the winds of change.

“Completely. It’s a good analogy. When you say winds of change, I would say innovation.

“And I would say trailblazing to a certain extent, because there is a really strong portfolio of titles coming out.

“So, as we saw with Silent Hill, there’s an opportunity that’s coming in a series [of games] that will be released.

“And will be really, really cool for everybody who’s loved all the historic titles and the IP.”

It seems that Konami doesn’t have its sights set solely on Silent Hill but is looking at other series in its incredible library.

He explains: “We’re able to continually develop that, and bring that to a new technology base. That’s really important for us.”

When Silent Hill 2 was announced it wasn’t the only game coming to the long-forgotten series.

Aside from the Bloober Team project, a Bandersnatch-style interactive drama, Silent Hill: Ascension, and an old-school horror, Silent Hill f, were announced.

Rumours about Silent Hill’s revival swirled around prior to the official announcement, and similar rumours have started to emerge about other beloved IPs.

Metal Gear Solid and Castlevania are the series most probable to make a comeback, but perhaps only if Silent Hill performs as expected.

Virtuos Games were apparently working on a Snake Eater remaster, though this has yet to be announced.

Konami did say on Metal Gear’s 35th anniversary that there were plans for a comeback, but anything more concrete than this remains a mystery.

Written by Paolo Sirio and Georgina Young on behalf of GLHF.

Did you miss our previous article…
https://hellofaread.com/technology/pokmon-scarlet-violet-the-five-best-support-mons-for-high-level-raids/

Sir Keir Starmer will reassure finance chiefs at Davos that Britain will be ‘open...

Spending Review 2020: What to expect from Rishi Sunak on £20 Universal Credit boost...