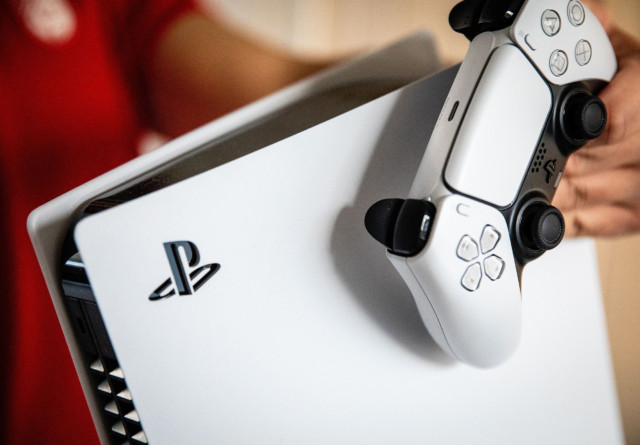 SOME PlayStation 5 consoles shipped with noisy cooling fans that make them hum louder than others, according to a report.

Users of the £450/$450 consoles launched last month have reported weird buzzing sounds coming from the machines within hours of unboxing them.

The site dismantled five of Sony’s consoles and found each contained a completely different cooling fan.

The cooling fan stops the PS5 from overheating and kicks into gear whenever the console is performing heavy-duty tasks.

According to Les Numériques, some fans are noisier than others. Some PlayStation 5 consoles shipped with “lesser” cooling fans (pictured) that make more noise, according to a report

Pictures posted to the site reveal that louder models have 17 blades on their cooling fans, while quieter ones have 23, thinner blades.

It’s generally assumed that fans with fewer blades have to work harder to push the air around, which may explain the additional noise.

The kicker is that it appears the fan loaded into your PS5 is selected at random, meaning it’s impossible to know whether you’re buying a loud or quiet one. The issue appears to only affect consoles with a disc tray.

Twitter user Luke Fletcher said: “Should a ps5 be making this noise?”

And @SKAXIYO said: “I purchased a PS5 today but am having issues with the fan noise… It’s constant and sounds like something is loose inside!”

Sony launched two versions of the PlayStation 5 on November 19.

All four consoles are sold out around the world, with stock seesawing in and out of availability over the past few weeks.

The PS5 launched with major exclusive games like Spider-Man Miles Morales and a revamped version of Dark Souls for players to enjoy, while Xbox gamers have a new Halo to look forward to next year.

In other news, fans of Call of Duty will now have the choice of playing a non-binary character in the game.

And, you can play PS5 games on iPhone, Android or PC.

What are your thoughts on the PS5? Let us know in the comments…

Did you miss our previous article…
https://www.hellofaread.com/technology/huge-fortnite-chapter-2-season-5-update-today-adds-baby-yoda-and-the-mandalorian/

Thousands of chippies and kebab shops could shut if online junk food ads are...

Love Islands boys go shirtless by the pool as they prepare to couple up...