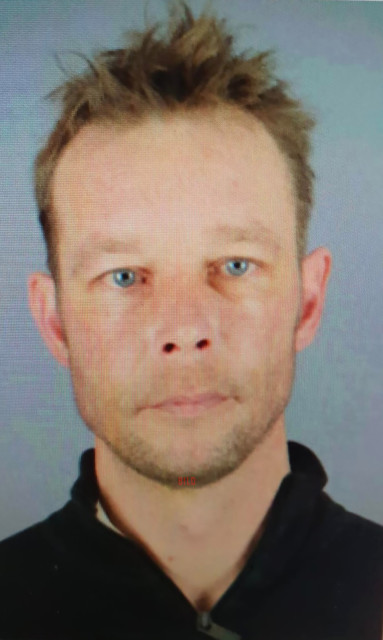 A PRISONER was recruited as a secret “informant” to get Christian B to confess to the murder of Madeleine McCann, it has been claimed.

Legal sources in Germany said the inmate was hired by investigators to ask the paedophile about the case in a bid to get evidence to charge him.

A prisoner was ‘hired’ by German prosecutors to ask Christian B about the disappearance of Madeleine McCann, it has been claimed And when the claim was put to the public prosecutor’s office tonight, officials chose not to deny it, saying: “No comment,” reports Bild.

The prisoner was recruited to quiz Christian B, 43, in Wolfenbuettel jail before the sex offender was transferred to Kiel prison, the source claim.

But, any statement elicited in this way could not be used in court as suspects must voluntarily give evidence, according to Germany’s Code of Criminal Procedure.

The alleged covert operation happened before the rapist was named as the prime suspect in the long-running case.

And German prosecutors claim Christian B’s phone records placed him near resort at the time of the child’s disappearance.

He said: “The only remaining possibility to convict Christian B. would be to obtain information about fellow prisoners.

“The prosecutor had apparently wanted to get the accused to confess.”

German cops decided to look into the case after Christian B was convicted last December of raping an American woman, 72, in Praia da Luz in 2005.

The victim was beaten with a razor-sharp sword after the fiend broke into her villa during a horrifying 15-minute ordeal.

Christian B escaped justice for 12 years before he was nailed by DNA evidence taken from a hair at the scene.

He is currently in a prison in Kiel serving a 21-month sentence for drug dealing but is now eligible for parole.

Last week the European Court of Justice threw out an appeal he made claiming his rape arrest in Italy in 2018 breached arrest warrant protocols.

The court’s decision means the perv will have to serve at least two-thirds of the seven-year sentence he was given for the 2005 sex attack.

He also has prior convictions for child abuse and theft.

Police are said to be relying on information from key witnesses who have told them B admitted to being responsible for Madeleine’s abduction.

And last week, Hans Christian Wolters, the public prosecutor in north-west Germany, told Portuguese broadcaster RTP that investigators have “material evidence” that the child is dead but refused to give further details. Mobile phone data placed Christian B near the child’s apartment on the night of her disappearance, it has been reported Visas for thousands of crucial doctors, nurses and paramedics extended until the end of...