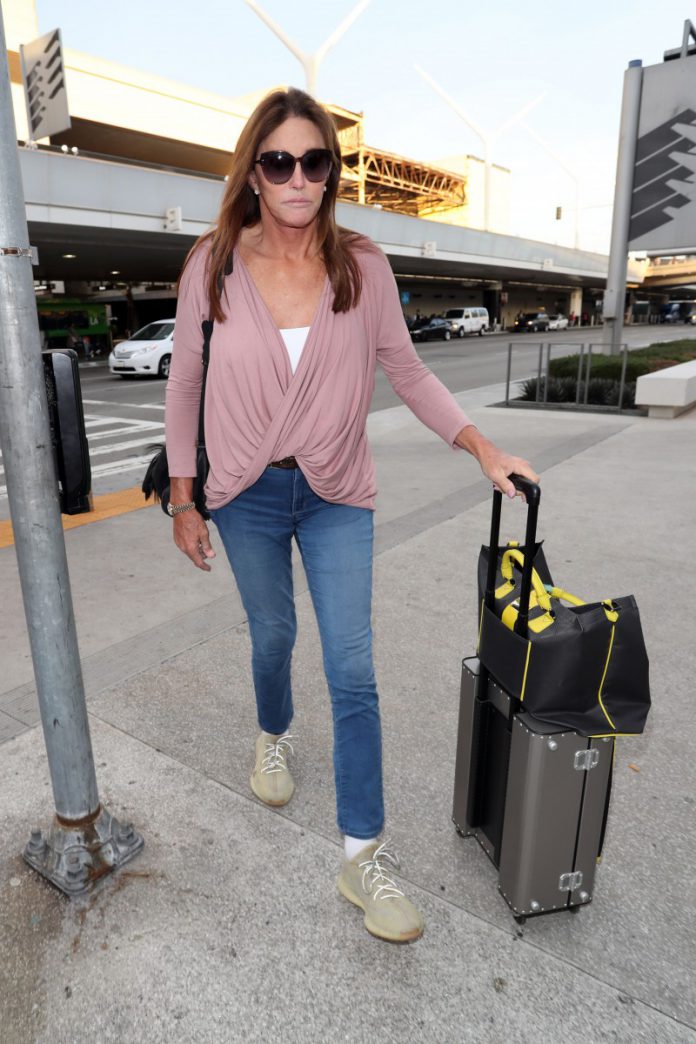 CAITLYN Jenner appeared downcast as she arrived back in LA today after her family snubbed her on Im A Celebrity.

The 70-year-old, who was the first celebrity in history to not be met by a family member or friend after leaving the jungle, failed to raise a smile alongside her partner Sophia Hutchins.

Sophia may have missed her exit but made it for the final and was on hand to accompany her back to the States, where she will hopefully reunite with her children.

Caitlyn is dad to Kendall and Kylie from her marriage to Kris Jenner, Burt and Casey from her first marriage to Chrystie Crownover and Brandon and Brody from her Linda Thompson marriage.

She is also step mum to Kourtney, Kim and Khloe Kardashian.

But while Caitlyn was struggling in the jungle and winning over the British public, Kendall and Kylie jetted off on holiday instead of supporting their parent.

Earlier today Brandon claimed that producers had “set up” Caitlyns lonely bridge walk to make people feel sorry for her.

In an Instagram message obtained byThe Mirror, a fan asks: “Why wasn’t you at the bridge? So sad seeing your dad upset.”

The famous son reportedly answers back: “Honestly, nobody reached to set it up! I think it might have been a “storyline” the producers wanted to fabricate in order to get more empathy for Caitlyn.

“That’s how that kind of TV works.”

Throughout the show Caitlyn was snubbed by her daughters when tearful campmates got letters from their children and partners – but Caitlyn had to settle for hearing about her dogs.

Viewers were previously left fuming whenCaitlyn was seemingly snubbed by her famous family when she received a care package from her DOGS.

The former Olympian’s step-daughterKim Kardashian was the first family member to break her silence on the show on Twitter.

Then Kendall finally broke her silence on dad Caitlyn’s I’m A Celebrity journey following backlash from fans but viewers still felt like it wasnt enough support.

Love Island’s Amber Gill slammed for being ‘out of touch’ as she complains about...

Im A Celeb fans fuming as Cliff Parisi is exempt from ANOTHER trial ...

Thomas Markle is right to take Meghan and Prince Harry to court over not...