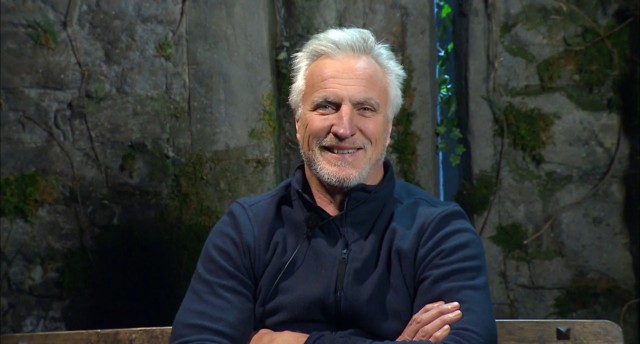 DANNY Miller has revealed the important role his I’m a Celeb best friend David Ginola will potentially have in his wedding ceremony next year.

The Emmerdale star, 30, was crowned King of The Castle and joked his “man-crush” David Ginola “might as well be an usher” at his upcoming wedding to fiancée Steph Jones.

The soap star has proved how much the 54-year-old footballer means to him as he opened up about the important role David could have at his big day.

David seems to be well aware of his potential role at the ceremony as he told Ant and Dec he’d be visiting the UK from his home in France to attend “Danny Miller’s wedding”.

Danny told The Mirror: “He turned around about a week after I’d invited him in camp and I think he was talking to Simon, he said, ‘I’ve got a wedding next year.’

The actor continued: “He might well be an usher. I might ask him and he is in the mix. But he might say no because he’s in the South of France doing something cool.”

Danny and David’s friendship has been one of the highlight’s of the I’m A Celeb series.

Football legend David came fourth in this year’s series after being voted out the day before the finals.

Fans watched as Danny was in tears as he was so devastated to lose his idol after developing their bromance for nearly two weeks in the castle.

When they reunited for the first time at the I’m A Celebrity wrap party at the weekend, the duo partied to Abba tunes together.

The former Tottenham player threw some shapes, while Danny joined in and the pair couldn’t contain their laughter.

Winner Danny uploaded footage which showed him grooving to Dancing Queen alongside the football legend.

He captioned the shot: “It’s more than a bond”.

Danny was open about his “man crush” on the sportsman from day one in camp, and was previously overjoyed when being made Lords of the Castle meant they shared a bed.

He told David: “This is a dream come true for me – you and me in the same bed. I could cry mate, honestly. I’m doing everything not to.”

Danny later added: “Sleeping next to the guy, I have 100 per-cent solidified my man crush on him.” Fortnite players FUMING as connectivity issues prevent them from logging in

Nurses are STILL having to share PPE, reuse masks and buy their own, MPs...

Does Chantelle die in EastEnders? Abusive husband Gray has left fans fearing for her...