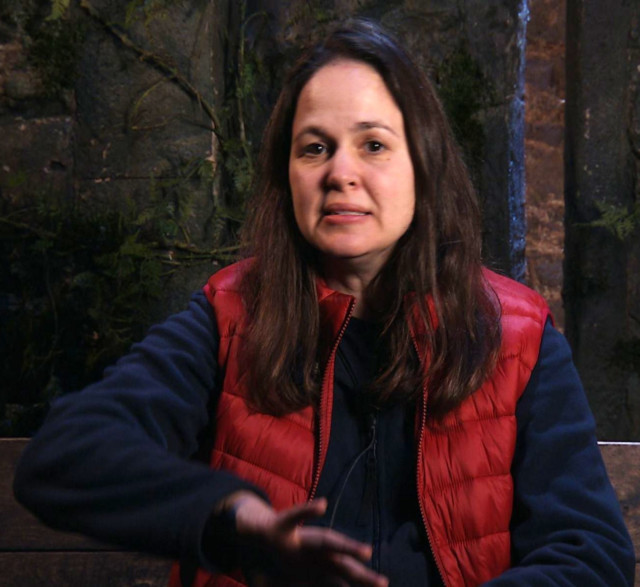 TOM Fletcher has risked upsetting his wife Giovanna by putting the Christmas tree up without her.

The McFly star promised his wife that he would wait until she left I’m A Celebrity to decorate their Essex home for Christmas.

But this weekend, the dad-of-three cracked and got the house looking ready for Christmas to cheer himself up.

“Ok, so you remember I said to @mrsgifletcher that I wouldn’t put the Christmas tree up until she was out of @imacelebrity?” he posted on Instagram.

Christmas-obsessed Tom explained that the tree is mostly for himself but that the kids love it too.

But he’s already got the family home ready for Christmas

“With Mumma away and 2020 being, well, 2020, I wanted to make the home as Christmassy as possible for the kids…ok, it’s for me mainly but the kids love it too!” he wrote.

But fans don’t think Giovanna will be too happy with Tom when she leaves the castle in Wales.

“If you think the trials are bad, just you wait until Mrs Gi comes out and sees what you have done without her,” one fan commented.

Meanwhile, I’m A Celeb viewers were left shocked last night as Giovanna revealed McFly hit It’s All About You was written for her. The couple have three children together Giovanna told her camp mates about Tom writing McFly hit, It’s All About You, for her on tonight’s I’m a Celebrity

The 35-year-old is married to McFly singer Tom and the couple have three children together, Buzz, six, Buddy, four and Max, two.

Giovanna and Tom, also 35, have been together since they were teenagers and married in May 2012.

On last night’s show, which featured unseen footage from throughout the week, Giovanna told her camp mates about how McFly hit, It’s All About You, was written by Tom for her.

“Then Comic Relief got in touch and said, ‘We want you to do the song and lead the campaign this year, do you have anything that’s appropriate?’ The couple have been together since they were teenagers

“And Tom was like, ‘If my girlfriend won’t mind, I’ve written this song and it could work.’ They wanted a song that was a bit more personal.”

In the Telegraph Giovanna said: “I know the song is about me, but it’s become everyone’s song and I love sharing it with everyone.”

Viewers couldn’t believe what they were hearing, with one writing on Twitter: “TOM WAS ONE OF MY CHILDHOOD CRUSHS PLSSS NOW KNOWING THAT “it’s all about you” WAS FOR GI!?!??? SHES SO LUCKY.”

Another tweeted: “Tom wrote it’s all about you for Gi. How lovely!” Viewers were shocked by the news

A third added: “Of course “All About You” is about Gi! Didnt occur to me but of course it is! What a great song to put your name to.”

Meanwhile a fourth agreed by sharing a weeping gif and writing: “finding out tom wrote it’s all about you for giovanna.”

Giovanna also teared up tonight when she spoke about her children and how much she missed them.

EU residents can be deported after Brexit if they don’t make an application for...