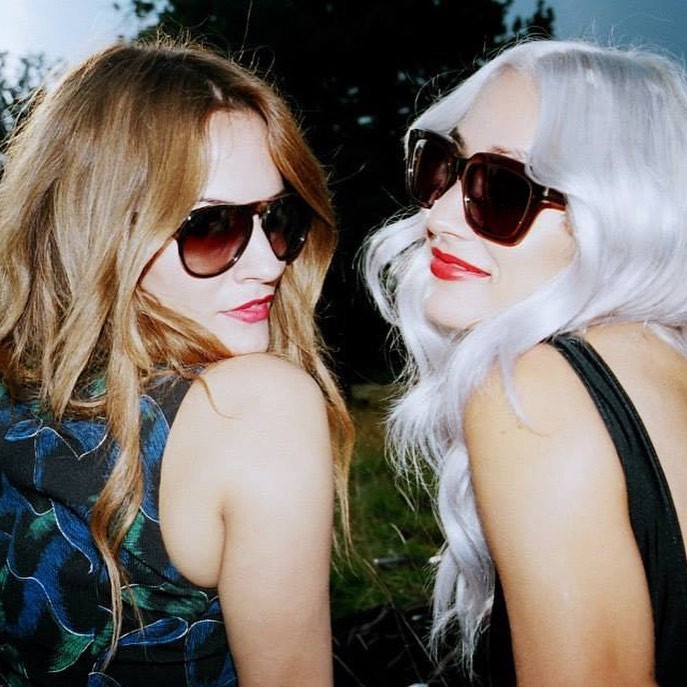 DEVASTATED friends of Caroline Flack held a tearful vigil on Saturday night after the news of her death was announced.

Ten of her closest pals including TV producer Mollie Grosberg gathered at 36-year-old stylist Lou Teasdales house to say their goodbyes after being given the shocking news.

A source said: Everyone there was incredibly close to Caroline and is totally heartbroken by her passing.

They wanted to do something to remember her by and none of them wanted to be alone.

It was a beautiful evening dedicated to remembering a friend who would always put them first not matter what she was going through in private.

Everyone there is hurting but for a little while they were able to find some comfort in each other.

One of her closes friends, TV producer Mollie Grosberg, was in attendance

Carolines death came as a shock to them all and no one knows how to deal with it.

They were able to share their favourite memories of her, talk about her and say goodbye in private knowing they all loved her.

Host Lou, who used to be One Directions stylist, has been close with Caroline for years and Mollie was another close confidante of the TV presenter.

Last Wednesday, three days before Caroline died, she had shared videos on Instagram of them together at a rock climbing centre.

In a tribute posted yesterday, Mollie wrote: Carrie always had a smile on her face, a naughty laugh and her heart open wide.

When she let you in, you were the luckiest and she taught me to love everyone and forgive everyone.

She forgave so easily and loved so hard and Ill never ever ever stop loving her. Today feels like its not real and I wish it wasnt.

This girl was a force and always said the right thing, always made me feel safe and looked after even during her own shit. This is the worst pain Ive ever felt and we all feel it.

Another friend, Sam Campbell, yesterday revealed Caroline had been on a trip to Barcelona with her last week to escape London.

She wrote: Last week she tagged along on a work trip to Barcelona with me. Waiting in the hotel while I did meetings.

She was calm and hopeful, but so weak. Im so so glad she came and we got to have one more adventure together and a few last laughs. I miss you so much already.

Another friend, Sam Campbell, revealed Caroline had been on a trip to Barcelona with her last week to escape London

Love Island’s Aaron branded a ‘liar’ after he brings up his future kids to...