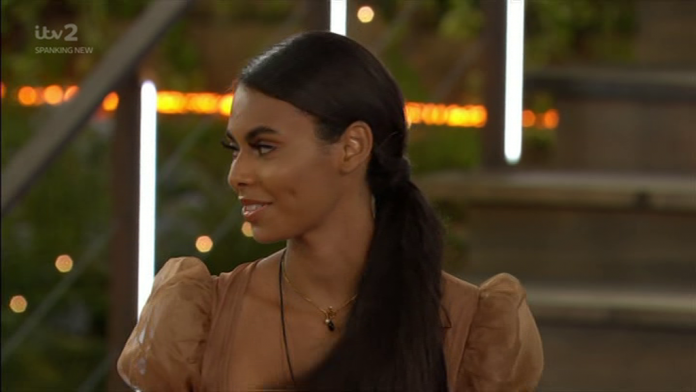 LOVE Island’s Sophie Piper ran into the arms of Connagh Howard as she left “controlling” Connor Durmam in tonight’s show.

A dramatic recoupling saw the lads in control of who they wanted to couple up with, and Sophie, 21, looked delighted when the model from Cardiff picked her.

As he stood by the fire pit, he said: “So I want to couple up with this girl because I’ve been attracted to this girl in the short time that I’ve been here.

“And she has the personality to go with her looks.
I would like to continue to get to know this person, I don’t want to leave this experience and regret not taking any chances.
“So the girl I want to couple up with is, Sophie.”

Sparks were flying earlier this week when the pair kissed during a game of beer pong – leaving Connor fuming.

The 25-year-old later confessed he saw Connagh, 27, as a threat, and it seems his suspicions were right.

Today, Sophie admitted she fancied new Connagh and told Leanne that Connor’s needy behaviour was putting her off.

She said: “I do feel bad that he is getting stressed out about the situation, but I don’t have to keep reminding him every two seconds I am all for him.”

Speaking about Connagh, she then added: “He kissed me yesterday, he went on a date with Shaughna yesterday he could have kissed her.

“I’m in a Connor cocktail right now, and I’m enjoying the taste.”

Elsewhere, new islander Finn coupled up with Paige, Callum and Mike reunited with Shaughna and Leanne, and Connor and Nas were forced into friendship pairs with Siannise and bombshell Jess.

That left her bombshell twin Eve, 20, without a man, and the VIP hostess was the first to be given the boot from the show.

The results came in after Connor was accused of behaving in a “controlling” manner towards Sophie by fans this week.

Viewers flocked to social media to slam the Islander’s treatment of Rochelle Humes’ sister just days in into the show.

In Wednesday night’s episode, the hunk exploded for the second time, accusing her of “celebrating” the news that two male bombshells had joined the show.

He pulledSophiefor a chat after being left enraged when she threw her hands in the air and beamed at the text, with the row ending asConnor stormed off in a huff.

Connor’s ex has now told The Sun that she learned of his cheating and sleeping with over 100 girls when watching the show – and felt devastated.

She said: “I never thought he had cheated on me but from some of the stuff he has said it appears that he did.

Its such a massive shock. He told me he was going to see A Star is Born with two male friends – I had no reason to suspect him.

To find out like that it was another girl is awful. He seems to be saying all sorts.

This Morning’s Holly & Phil host Jonathan Van Tam on the sofa for vaccine...