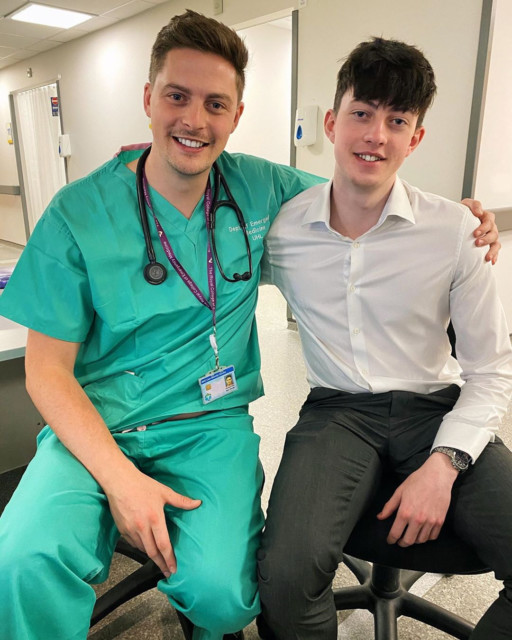 It follows the tragic death of his teenage brother, Llyr, who took his own life after suffering from mental health troubles.

A heartbroken Dr Alex broke the news on Instagram: “I can’t believe I am actually writing this post.

“I have lost my beautiful little brother to mental health. I love you so much Llŷr. The kindest and most caring soul.

“I was so proud of you starting medical school next month, you would have been the most incredible doctor.

Llyr had no prior history of a diagnosed mental health condition

“We are hurting so bad. No words can explain.

“As a family we are devastated. We love you and miss you so much. Please rest in peace x Our boy.”

Alex revealed that after receiving the news of Llyr’s death from his family, he made the five-hour drive back to Wales with his younger brother Elliott.

Who was Llyr George?

Llyr George was a young boy from Wales, and the brother of Dr Alex George.

The Love Island star has said his brother had no prior history of a diagnosed mental health condition, and never disclosed how he was feeling to him or other family members.

Llyr, 10 years younger than Dr Alex, was due to start medical school following in his big brother’s footsteps.

Alex said Llyr was a lover of cars and motorcycles. How old was he when he died?

Llyr was just 19 when he died.

Dr Alex has been made a Youth Mental Health Ambassador by Prime Minister Boris Johnson to help kids get through the Covid crisis.

The grieving star opened up about the experience during an appearance on Lorraine.

He said: “My life is before and after this. I’ll never get over it.

“I felt tremendous guilt. I am his older brother, I’m supposed to protect him.”

Your PS5 might have a WORSE fan that makes it noisier than other people...