THE VAT rate will be halved if Tory leadership front-runner Liz Truss endorses calls from her allies.

The 20 per cent sales tax is slapped on the majority of everyday costs — and a cut to ten per cent would set the Treasury back more than £60billion. 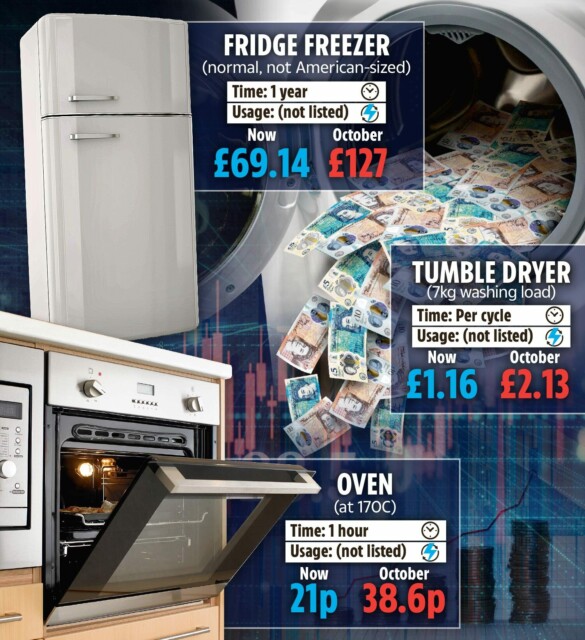 But the Foreign Secretary’s supporters reckon it would wipe out inflation for most goods at a stroke.

It is understood she is being pushed to be more radical than original plans for a five per cent cut.

Rival Rishi Sunak’s camp said that any such move would give a bigger bung to the rich rather than the needy.

A source said it would also do nothing to help the supermarket shop as most foods are exempt from the levy.

He said Brits are currently shouldering an enormous tax burden and added: “It’s perfectly logical to offset that and reverse it.

“The quickest way to do it is through a cut in VAT which can be done immediately.”

And Redwall Tory MP Jake Berry, who is backing Ms Truss, told Times Radio: “A VAT cut would relieve significant pressure. And those on the lowest incomes pay the highest proportion of their income out in VAT.”

Sources close to Ms Truss did not deny a VAT cut to ten per cent was being looked at, but stressed it “would not be right for her to announce her plans before she has even been elected Prime Minister or seen all the facts”.

Ms Truss is also mulling cutting income tax — and could bring forward the 1p cut to the basic rate currently planned for 2024.

A source close to her said there are “lots of options on the table” to help desperate families, beyond cuts to National Insurance and green levies that she has already publicly pledged.

Another insisted she has not ruled out handing out blanket support payments. 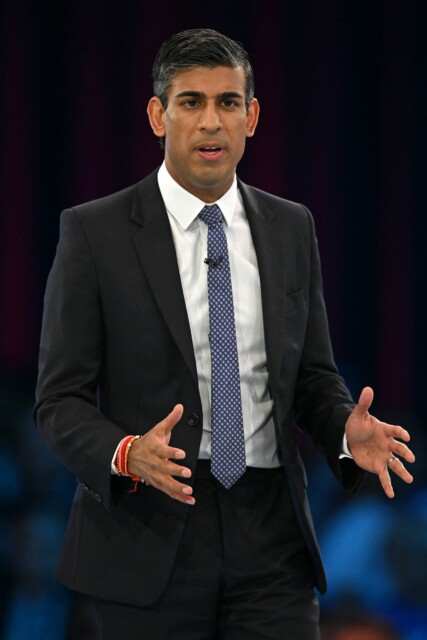 They said: “Liz has been clear we need to lower the burden of taxation and focus on boosting energy supplies and this will be her priority as Prime Minister.

“She’s also been clear further support may be required to help. Her preference is to target this to those most in need, but isn’t ruling anything out.”

Grim new polling suggests a quarter of adults are not planning to turn on their heating this winter because of crippling costs. The survey by Savanta ComRes also found 69 per cent plan to ration energy.

TOUCHING DISTANCE OF NO10

Both pollsters and bookies put Ms Truss within touching distance of No10.

However ex-Cabinet Minister Simon Hart insisted Mr Sunak could still cause an upset.

He warned Ms Truss should be “really worried” of a repeat of the Brexit referendum — when Remain led the polls before crashing to defeat.

He also fuelled fears that if Ms Truss becomes PM, bitter supporters of Mr Sunak could sabotage her tax plans in the Commons by refusing to vote for them.

Despite Mr Sunak indicating he would back her agenda, Mr Hart said: “I’m not going to say, I hereby pledge that I’m going to vote for or against proposals) we haven’t even seen yet.”

Boris Johnson yesterday insisted the country will eventually emerge stronger from the economic crisis when Ukraine wins “this brutal arm wrestle” against Russia.

He said: “The next few months will be tough but I’m convinced Britain’s bounceback will be golden.”

Labour’s shadow chief Treasury secretary Pat McFadden said his remarks “shows how little he understands the shockwave that was sent through households”.

Boris Johnson has ‘full confidence’ in Rishi Sunak, insists No 10 amid growing rift...

Etiquette expert reveals the VERY unusual way the Queen eats bananas – and she...

Pakistan rejected an extradition flight from the UK amid a diplomatic row over its...