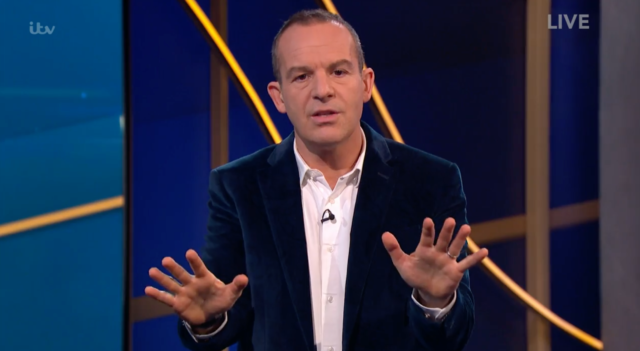 MARTIN Lewis has explained how to get £184 worth of “free” goods at Sainsbury’s.

American Express cardholders can get points worth the amount to spend at the supermarket if they have the rewards gold card.

Just keep in mind you must spend £3,000 for the first three months to get the points, so it won’t be suitable for everyone.

Speaking on The Martin Lewis Money Show yesterday, the money guru said: “This is how to get serious shopping at Sainsbury’s.

However, Martin urged viewers to only do this if your normal spending is more than £1,000 a month.

He added: “If not, don’t bother. It’s not an excuse for spending more.”

American Express advertises that you’ll be able to redeem the 23,000 points for a voucher worth £100 at Amazon.

But Martin pointed out a new loophole, which allows you to swap the points for Nectar points instead.

Then, thanks to a new partnership between Nectar and British Airways, you can swap the 23,000 Avios for 36,800 Nectar points.

These, in turn, are worth £184 at Nectar partners, including Sainsbury’s and Argos.

If you’re keen to do it, remember it’s a credit card so make sure you pay it off in full each month or you’ll be hit with interest charges.

It’s also important to keep in mind that only 51% of applicants have to be given the marketed rate, so you could be offered a worse deal.

Plus, be aware the American Express rewards gold credit card comes with an annual fee of £140, although it’s free in your first year.

We’ve rounded up the best credit cards for purchases and cashback.

Martin Lewis is also urging eligible households to apply for £5,000 Green Homes Grant vouchers amid rumours the scheme could be pulled.

Meanwhile, we round up eight Martin Lewis tips that could save you £9,423.

Did you miss our previous article…
https://www.hellofaread.com/money/5-pension-changes-in-the-budget-that-could-affect-your-finances/

EastEnders exit for Jags Panesar in explosive plot as mum Suki gets rid of...

Call of Duty: Vanguard multiplayer reveal – how to watch