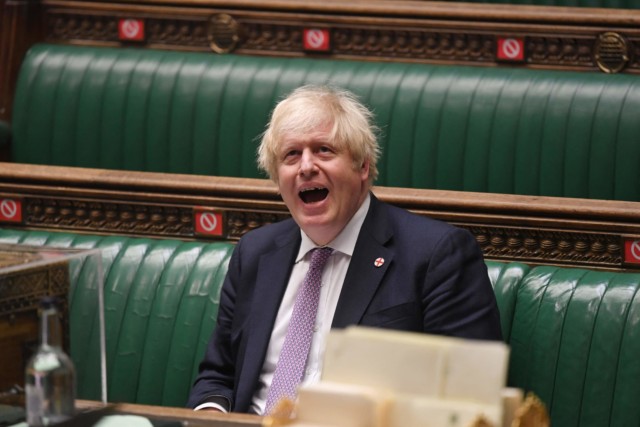 BORIS Johnson is considering ditching the pensions triple lock — to stop the bill surging by £3billion next year.

The PM wants to be fair to struggling workers as they foot the huge cost of the pandemic.

He hinted at possible changes after Chancellor Rishi Sunak said concerns were “legitimate”.

No10 and the Treasury have clashed over the manifesto pledge.

Pensions currently rise in line with average wages, inflation or 2.5 per cent — whichever is highest.

It means pensions will rocket by eight per cent, or £3billion, next year.

This is because millions of workers had their pay slashed last year as lockdown saw the economy nosedive.

But salaries are now recovering, sending the bill soaring.

Mr Johnson said: “We have got to have fairness for pensioners and for taxpayers.”

One option is measuring wages over two years to average out figures without tearing up the link to earnings.

Ministers would not have to change the law to do it and are expected to make a decision later in the year.

I’m A Celebrity star to get the boot TONIGHT in shock twist for first...