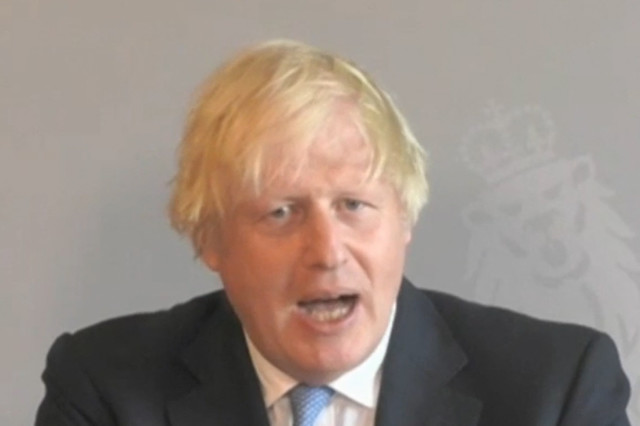 BORIS Johnson is threatening to tear up the Brexit deal to prevent food shortages and riots in the streets in Northern Ireland.

The PM said the EU is ruining businesses and risking peace by imposing petty checks on the Irish Sea border.

He warned Brussels the Brexit deal is “failing to deliver” and needs “significant changes”.

He published a blueprint that would scrap most checks and replace them with an ‘honesty box’ approach.

This would see the EU trust companies that said their goods were only going to Northern Ireland, and therefore should be exempted from EU customs checks.

Britain also wants UK goods to be sold in NI even if they depart from EU standards, and for EU courts to be booted out of ruling on trade rows.

Brexit chief Lord Frost said: “We cannot go on as we are.”

“We will not agree to a renegotiation.”

He called for the full range of crippling checks to be enforced before talks on a proper solution can begin.

Did you miss our previous article…
https://www.hellofaread.com/politics/doctors-and-nurses-will-now-be-awarded-3-per-cent-pay-rise-government-confirms/

Amanda Holden in tears as she reunites with best friends Angela Griffin and Tamzin...