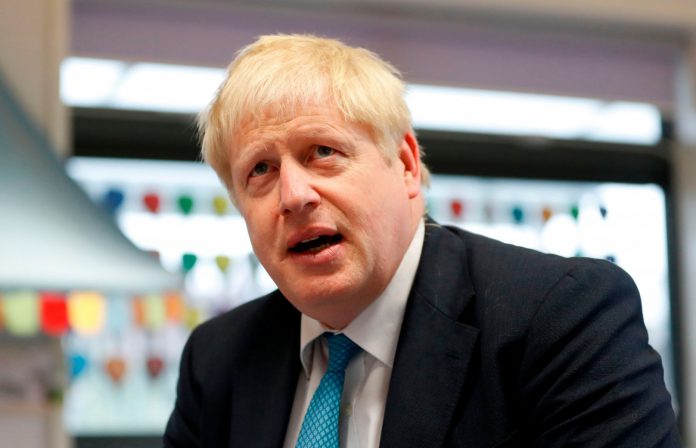 BORIS Johnson could be given another Brexit boost with crunch talks underway to break the deadlock after EU chiefs declared a deal was possible in just days.

The EU has given the go-ahead for 48 hours of intense debate to hammer out an agreement ahead of a vital summit on Thursday.

Boris has welcomed the green light from Brussels chiefs – but admitted it is not yet a “done deal”.

The PM added: “It’s important now that our negotiators on both sides get into proper talks about how to sort this thing out.”

It comes after Boris was given another Brexit boost yesterday after appearing to talk the DUP into a major climbdown.

The Ulster unionist party whose votes prop up thePMs minority government previously refused to accept any new customs checks down the Irish Sea.

But in what looked like a major shift last night, its bossArlene Foster refused to torpedo the plan that was brainstormed by Boris and Irelands Leo Varadkaron Thursday.

She only gave a stern warning to Boris that no barriers to trade are erected within the UK.

Under the dual customs regime, the province would remain within the EU’s customs orbit, collecting Brussels tariffs.

But it would formally leave the Customs Union with the rest of the UK and benefit from any new trade deals signed by an independent Britain.

The move sparked the crunch talks this weekend – with discussions focusing on a new plan to end the impasse over Northern Ireland.

He said: Brexit is like climbing a big mountain. We need vigilance, determination and patience.

Mr Barnier later met the ambassadors of the 27 other EU countries, who agreed to “intensify discussions over the coming days”, the European Commission said.

Talks are now in the “tunnel” phase – which means teams have settled the main issues in principle but have to thrash out the details.

EU chiefs set a new deadline of next Tuesday afternoon for a full and workable plan to be agreed, leaving just four days for British and EU negotiators to crack it.

Talks on the UKs plan will continue over the weekend and EU ambassadors have been put on standby for Sunday evening in case they break down.

But one EU source said Mr Barnier and and Mr Tuskare carefully optimistic about securing a deal.

Brussels officials said there is virtually no chance of an agreement being ratified before October 31 but that only a short extension would be needed.

Boris has so far remained tight-lipped over whether his plan would mean Northern Ireland leaving the EU Customs Union.

But he did say: Under no circumstances will we see anything that damages the ability of the whole UK to take full advantage of Brexit.

The 10 biggest controversies in video games

EastEnders’ Shaun Williamson takes a pill, snorts a ‘tiny version of himself’ and hallucinates...

Britain’s cheapest supermarket is now its most EXPENSIVE as prices soar – is your...