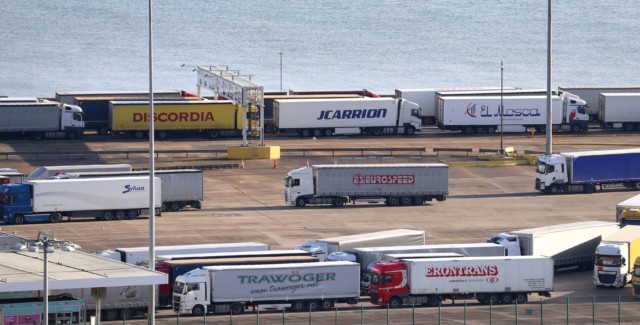 BREXIT doom-mongers were dismissed by Dover port bosses as they revealed freight traffic is back up to over 90 per cent of normal levels.

They said the figures show “border systems are operating efficiently and customers are quickly getting on their way”.

Read our Brexit live blog for the latest news & updates

Their boost came as Michael Gove rubbished reports that exports to the Continent have crashed by 68 per cent.

The Cabinet Office minister said the discredited claims were based on “erroneous” figures.

The Cabinet Office said GB-EU trade flows across all ports are running at 98 per cent of usual.

But Mr Gove admitted there have been problems with the Northern Irish border fix and it “isn’t working at the moment.”

Did you miss our previous article…
https://www.hellofaread.com/politics/universal-credit-boris-johnson-must-extend-20-uplift-for-a-year-or-thousands-will-fall-into-poverty-say-mps/

Wedding loophole chaos as couples face £10,000 fines for not filling out risk forms

Sex banned in homes in North if you don’t live together under new lockdown...