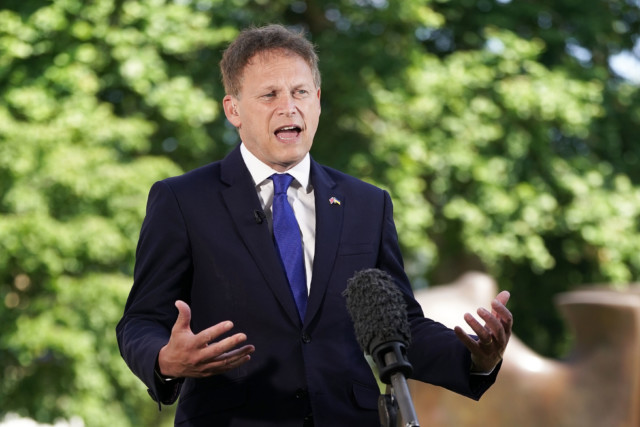 While passengers were hit with hundreds of flight cancellations and mountains of missing luggage, the Transport Secretary outlined a 22-point plan.

His limp reaction includes lots of measures most travellers would expect to be happening already — like planning for the summer rush.

They include setting up a Strategic Risk Group, a Summer Resilience Group and a Ministerial Border Group to talk about getting things moving.

Mr Shapps said: “There is absolutely no excuse for further widespread disruption.”

But opposition MPs blasted the poor response and demanded the PM himself intervene. Labour’s Mike Kane said: “He needs to go to the Prime Minister, he needs to knock on the door, and he needs to clean up the mess.”

Paul Charles, boss of travel consultancy The PC Agency, said the plan should have been in place months ago. He said: “The government knew that borders would be reopening and should have worked with the industry.”

Yesterday, jet-setters turned up to Heathrow to find 30 flights had been axed because the airport was at capacity. Others arrived back in the UK to find their luggage missing. Ryanair is bracing for chaos with European crews walking out this weekend.

Mum Katy Thurston, 28, from Newbury, Berks, who arrived back from Greece to lost luggage, said: “I’m fuming. We wouldn’t have gone if we’d have known it would be this bad.”

The Queen’s favourite fast food revealed – and it isn’t McDonald’s or KFC (but...