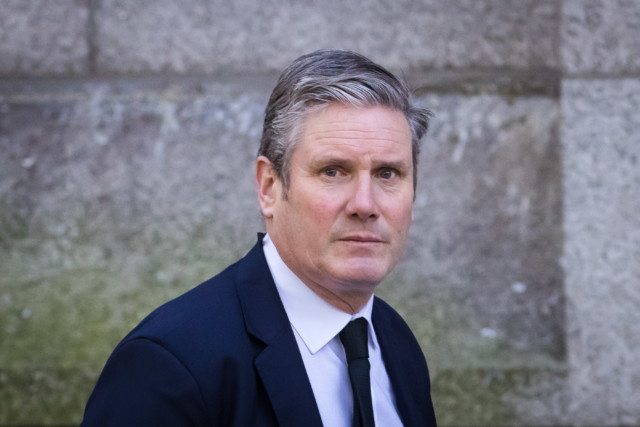 SIR Keir Starmer must finally come clean and say if he backs militant unions bringing Britain to a standstill, a minister has demanded.

Transport Secretary Grant Shapps has written to the Labour leader laying out three demands on unions.

Sir Keir Starmer must finally come clean and say if he backs militant unions bringing Britain to a standstill, a minister has demanded

In a punchy letter, he calls on Sir Keir to personally condemn the RMT, who are staging a three-day rail union this week.

Labour must also stop taking cash from unions inflicting strike misery on the nation, he says, and Sir Keir must take action against any Labour politician who backs the strike.

Labour have taken a stonking £250,000 in donations from the RMT over the past decade.

Mr Shapps said: “This week, the RMT union will inflict huge disruption on families and businesses with the biggest rail strikes in Britain since 1989.

Read more on the strikes “These strikes will hit millions of families in the pocket. They will harm the economy and damage businesses.

“They will disrupt operations on the NHS and jeopardise GCSE and A-level exams.”

He added: “The public will not forgive the Labour Party for siding with those who are attempting to bring our country to a standstill next week.

“It’s time for Labour to stop backing these strikes, and urge your union paymasters to talk, not walk.”

A Labour spokesman last night said: “Keir Starmer has been very clear that these strikes should not go ahead.

“The only people who want these strikes to go ahead are Boris Johnson and Grant Shapps who haven’t spent a second in talks to avert them since March. How much does it cost to run a hot tub?

“The Government needs to do their job and get round the table rather than putting politics before public interest.”

Red Wall Tory MP Jake Berry urged ministers to “get around the table” and negotiate with the RMT to try to avoid a devastating strike.

Liz Truss vows to tackle the cost of living crisis on day one if...

Stacey Solomon broke down in tears after son Zachary asked Joe Swash if he...

Prince Harry and Meghan Markle told to ‘stop whining, there is a pandemic’ by...