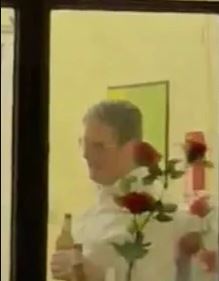 LABOUR lied about Angela Rayner being at the infamous Durham “Beergate” bash because they are “very busy”, party chiefs claimed last night.

Bungling Shadow Foreign Secretary David Lammy made the daft claim as Sir Keir was grilled on misleading the press about the lockdown knees up in April 2021.

Amid mounting pressure on the cops to reopen their probe into Keir and Angie’s late night lager session – the under-fire leader said he took “full responsibility” but swore it was a mistake to fib to journalists about the guest list.

And Lammy said the mistake was made because Sir Keir had a “very busy office”, a claim later repeated by Starmer who said: “we are a busy office.”

The Labour leader was photographed drinking a beer during a meeting last April in the Durham constituency office of local MP Mary Foy.

At the time of the gathering non-essential retail and outdoor venues including pub gardens were open but social distancing rules, which included a ban on indoor mixing between households, remained in place. KEIR FOR THE BEERS

Inside Labour’s beergate row as Starmer changes story about boozing Asked if deputy leader Ms Rayner was at the gathering, Sir Keir told Sky News on Sunday: “Yes. We were in the office, we were working, we paused for something to eat, there was no party, no rules were broken and that is the long and short of it.

But similar explanations from Downing Street over rule breaking were met with short shrift by Labour for months. Sir Keir added: “We were asked twice and I didn’t even realise we had made a mistake until it came out this week.

“We are a busy office, we made a mistake, it is a genuine mistake and I take responsibility for it.”

Nicola Sturgeon says face masks & work from home to continue after AUGUST as...

Caroline Flacks friend Olly Murs thanks girlfriend Amelia Tank for being a shoulder to...