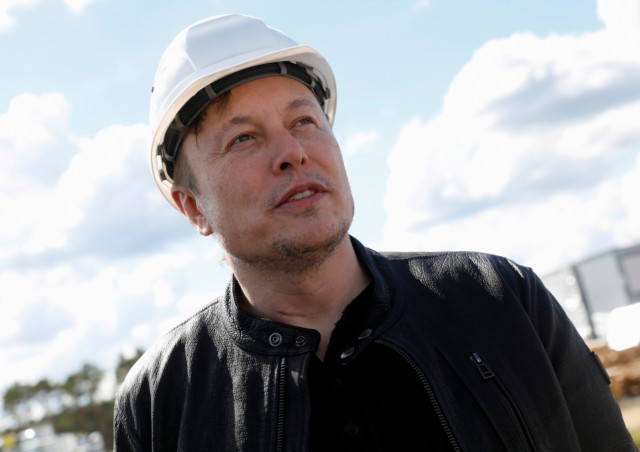 MEGA rich inventor Elon Musk is eyeing up Britain to build a new fleet of electric cars and high-tech batteries.

Liz Truss’ Trade Department is understood to be helping the Tesla king’s firm scout out potential sites for a huge megafactory.

Elon Musk is looking to open a megafactory in Britain

The Office for Investment have been tasked with helping sound out locations for a whopping 250 hectare site.

Government sources confirmed that the “wheels are in motion” on a potential plan and they “stand ready” to help Mr Musk should he choose to invest in post-Brexit Britain.

The world’s third richest man jetted to Britain this week on his $70million plane, flying into Luton on his private jet last Friday, before heading out again on Sunday.

He then stopped in Berlin – the current site of his major European plant – before zooming back to the US.

Sources said his trip may be “firing a warning shot” at Berlin, where his factory plans there have been plagued by repeated delays and EU red tape.

Earlier this week Mr Musk blasted German rules for the hold up and said he had no idea when the first electric car would be able to finally roll off the production line.

He said on Monday: “I think there could be less bureaucracy, that would be better.

“There should be some kind of active process for removal of rules.

“Otherwise, over time, the rules will just accumulate and you get more and more rules until eventually you can’t do anything.”

It’s understood Mr Musk did not meet Boris Johnson or any other senior ministers on his weekend in the UK.

He was reported to have made a similar trip to the UK last year.

A spokesman for the Department for International Trade, which oversees the Office for Investment, said: “We do not comment on ongoing investment projects.”

Is the new Saints Row a GTA-beater?