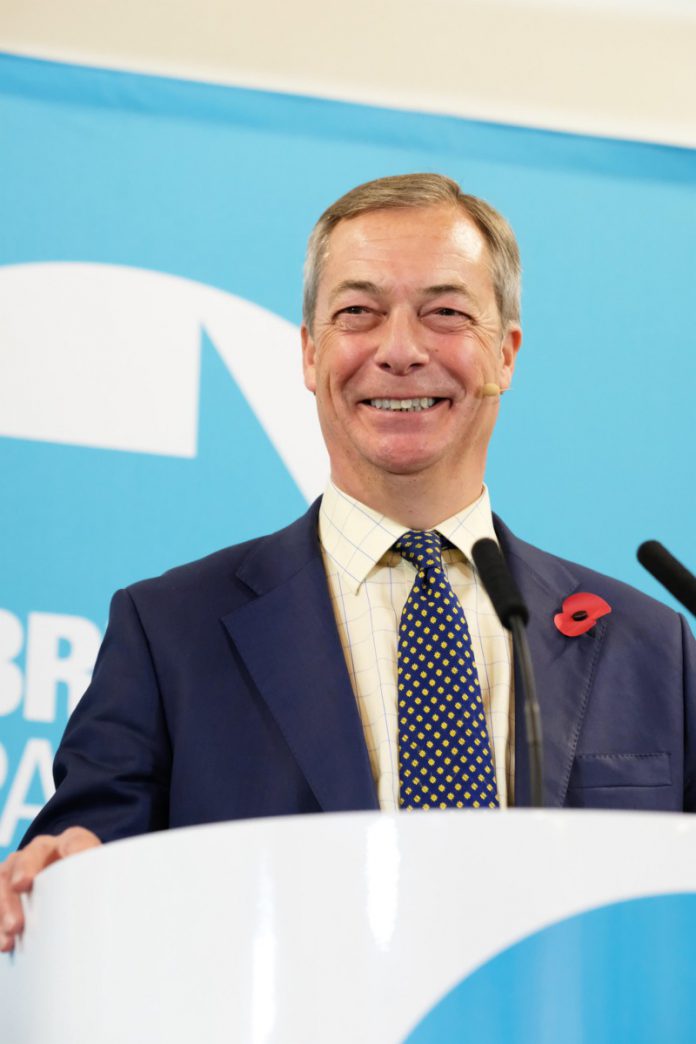 NIGEL Farage was last night told he risks keeping Britain trapped in the EU by fighting next months Election.

The Brexit Party leader was urged to heed stark new figures that show he could rob Boris Johnson of victory and hand power to a Remainer alliance. His candidates need only to steal one in 16 of all Tory votes to deliver another hung Parliament.

Tonight pressure was mounting on Mr Farage from all sides to stand aside for the good of his own lifelong cause.

Former Tory leader Iain Duncan Smith warned he has no chance of winning a majority and little hope of clinching even a single seat.

But he said by robbing a few thousand votes off Brexit-backing Tory candidates his movement was in danger of being renamed The No Brexit Party.

The polls suggest that the Tories are on course to win 357 seats enough for the comfortable majority needed to deliver Brexit within weeks.

But new analysis of the data reveals if just one per cent of Tory voters back the Brexit Party, Mr Johnson would lose five seats and Labour would gain seven.

‘THE NO BREXIT PARTY’

Losing four per cent of the vote would leave the PM with a wafer-thin majority while a six per cent loss would mean a stalemate and the chance of a Remainer alliance of Labour, Lib Dems, Scots and Welsh Nationalists.

Prof Matthew Goodwin, of Kent University, who did the number crunching, said: The Conservatives need as many Brexit Party supporters as possible.

“If they get them, they will likely win a comfortable and possibly large majority.

“But if Farage has a good campaign, and Conservatives flow to the Brexit Party, the chance of Boris getting his majority are sharply reduced.

Jayne Adye, of Get Britain Out, said: If the Brexit Party cannot win a majority, what do they achieve by standing in every seat apart from potentially ending up with no Brexit?

Mr Farage was still holding out for an election pact with Mr Johnson insisting he can take votes off Jeremy Corbyn.

But ex-Labour minister Gisela Stuart, chair of the Vote Leave campaign, said: The Brexit party is not going to stop Labour from winning seats it can only damage the Conservatives.

And Mr Duncan Smith, writing in The Sun on Sunday, added: Voting for the Brexit Party could turn out to be an historic, even catastrophic, mistake.

“Only one party can get Brexit done and save us from Corbyn and that is Boris Johnson and the Conservatives.

The Sun On Sunday Says

His Brexit party has no future.

Either Boris Johnson wins a clear majority, and we have Brexit on his terms. Or Jeremy Corbyn claws his way to power on the back of a Remainer alliance and Britain never leaves Europe.

At the moment Farages plan to field hundreds of candidates is opening the door to Corbyn.

If he truly wants Brexit he must back down now.

Treble-winning Blues chief says OBE for Chelsea’s successes on the pitch came as a...