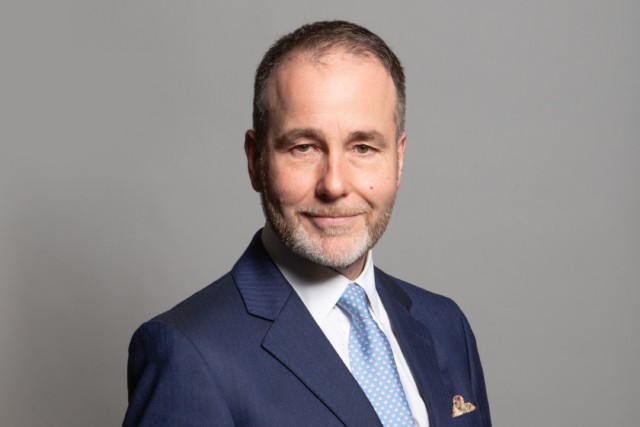 Downing St is currently allowing Mr Pincher to stay in the party despite him quitting as deputy chief whip in disgrace last night.

Chris Pincher is facing calls to lose the Tory whip

In a resignation letter to Boris Johnson he said he “drank far too much” and “embarrassed myself”.

Despite the claims No10 have not withdrawn the Tory whip meaning Mr Pincher can stay on as a Tory MP.

A groundswell of anger erupted this morning and could now see the MP for Tamworth suspended from the parliamentary party. Even Cabinet Minister Simon Hart suggested Pincher might not last the day as a Tory MP.

He said: “I’ve got my own private views, but it’s not my decision, I think and I know what I’d like to see happen –  you can probably tell what that is based on the way I’m trying to avoid answering your question.”

The Welsh Secretary added: “Let’s let today play out, let the chief whip do his duty today, and then I think we might be having a very different conversation as the day goes on.”

Labour frontbencher Yvette Cooper called for Chief Whip Chris Heaton-Harris to strip him of the whip.

She said: “I think that’s the first step that needs to take place. And I think the idea that the Conservatives can try and simply dismiss this is just unacceptable.”

Mr Heaton-Harris has refused to remove the whip from the anonymous Tory MP currently being investigated for rape.

Pincher, 52 — the MP for Tamworth, Staffs — is alleged to have groped two fellow guests at the Carlton Club in London’s Piccadilly.

Several Tory MPs complained to the whips’ office about his behaviour.

Brits shopping MORE than before pandemic as retail & food sales UP

Boris Johnson has no intention of raising fuel duty for drivers but doesnt...

Im A Celebritys Ian Wright has a short fuse and will blow soon predicts...