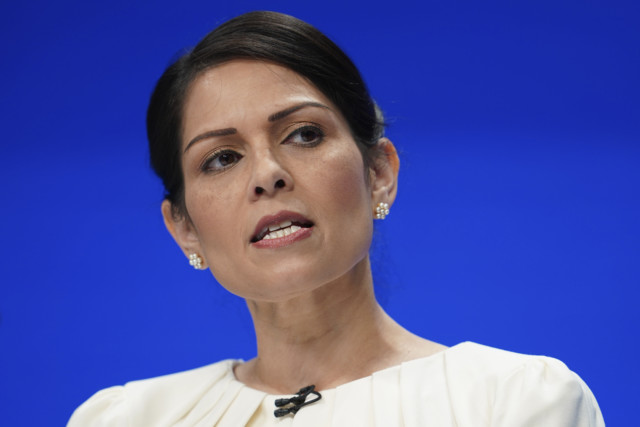 The Home Secretary warned they are backing actions that put lives at risk and vowed: “We’re not giving up on this.”

She hit out after laws aimed at stopping climate change extremists glueing themselves to roads were watered down by “wreckers” in the Lords.

Labour peers accused her of attempting to stifle protest.

But she said her crackdown was aimed at upholding free speech and the right to travel to and from work.

“Those who want to wreck our reforms are supporting the action of people out to disrupt the lives of workers.

“They’ve supported people chaining themselves to fuel tankers and putting lives at risk.” The planned changes were drawn up after demos stopped ambulances taking people to hospital.

But peers want to limit them to main roads.

“The Lords should take a good look at themselves.

“They’re unelected and totally unrepresentative of the British people.

“By blocking these reforms they’re siding with protesters.” Did you miss our previous article…
https://www.hellofaread.com/politics/tory-rebels-hatch-plot-to-topple-boris-johnson-if-they-suffer-heavy-elections-defeat/

EastEnders spoilers: Rocky’s plans for Kathy Beale backfire as he hides another secret

Sajid Javid orders NHS Covid app to be tweaked amid concerns over number of...

Mum buys cottage with no water or electricity for £59 and turns it into...