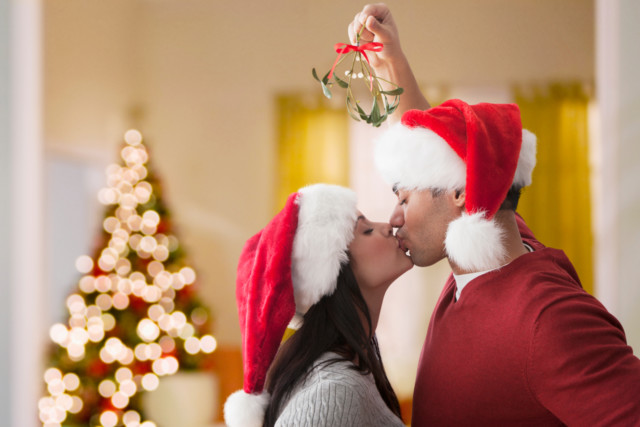 SALE of mistletoe will NOT be banned this year – despite fears Christmas snogging will spread Covid, it was confirmed today.

The PM’s spokesperson said that the Government would not seek to ban the popular Christmas treat over fears that people won’t stick to social distancing.

Only people inside bubbles will be able to kiss this Christmas

At the moment only partners in the same bubble will be able to pucker up under the mistletoe.

There are no exemptions for couples who don’t live together in the current lockdown rules.

And for the duration of the month-long lockdown, people aren’t allowed to mix indoors either.

But Downing Street has confirmed they would not seek to stop people from buying the plant altogether.

The PM’s official spokesperson said this afternoon: “We are not looking to stop the sale of mistletoe”.

Mistletoe expert Jonathan Briggs told Sky News this afternoon that he feared sales may be hit this year due to the pandemic.

“That’s the one thing we’re not allowed to do at the moment – you can only kiss people within your bubble.

“There’s a great question over not only do we have a supply with the auctions being cancelled – will there be a demand for mistletoe?

“If you cant hang it up and kiss under it, will anyone want to buy it?”

He urged the nation to continue to buy it for their homes, even if it wouldn’t be able to tempt colleagues at work Christmas parties this year.

He added: “I’ve been talking to people about mistletoe air kissing… and there’s the mistletoe elbow bump!”

It comes as it was confirmed today that ministers will announce their plans for Christmas next week – revealing whether people will be allowed to spend the holidays together. It’s traditional to kiss under the mistletoe at Christmas HOAR revealed this week they are examining plans for people to have a five-day window to see friends and family – but it might have to be the same group of people.

And they are looking to expand the rule of six to a higher number too, to take into account grandparents.

The Masked Dancer fans are all saying the same thing about Joel Dommett ‘s...

‘Wave of bankruptcies and job losses’ to come as 11million claim furlough & grants...