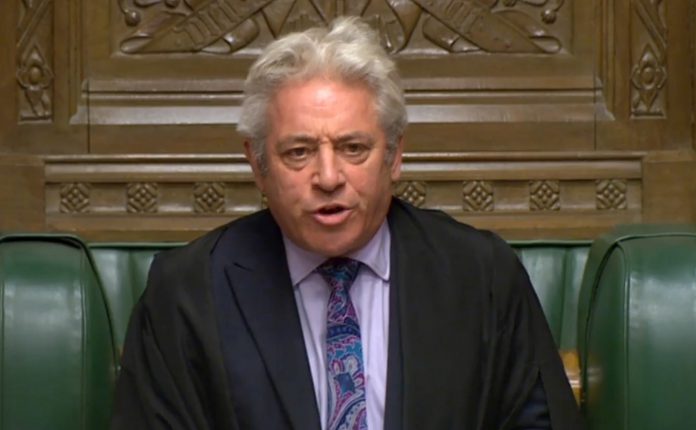 JOHN Bercow has refused to stay on as Speaker for two extra days – to boost the chances of a Remainer ally replacing him in the powerful role before the election.

Remainer MPs want to elect Mr Bercow’s replacement before the election because they fear that leaving it until afterwards would risk a Brexiteer being elected by a Tory majority Commons.

The election to replace Mr Bercow is due to take place on Monday.

But Tory MPs have asked him to stay on for an extra two days to stop the bizarre scenario of appointing a Speaker for just one day – before Parliament shuts down for the election campaign on Tuesday.

Tories fear that going ahead with the Speaker election could help the veteran Labour MP and arch-Remainer Harriet Harman win the race to replace him.

Mr Bercow’s spokesman confirmed to The Sun today that he will step down as Speaker as planned tomorrow – defying calls to stay on for another two more working days.

That will force the election for his replacement to go ahead on Monday.

Mr Bercow’s spokesman said: “Mr Speaker’s last day in the chair as Speaker is 31 October – as he informed the House in his statement on 9 September.

“He is not standing again as as Member of Parliament.”

But it means the new Speaker will take the green chair for just one day, enabling them to a life-long gold-plated pension even if they aren’t re-elected when MPs return in December.

Grand National should be ‘delayed by a week’ so punters can have a flutter...

From playing Ken Barlow’s grandson to what Tracy’s really like — Coronation Street’s...

Call of Duty Modern Warfare is FREE to play for the next four days...