MEGHAN Markle and Prince Harry’s upcoming visit to the UK has left several questions unanswered on what their plans will entail.

The Duke and Duchess this morning announced they WILL visit the UK next month to support “several charities close to their hearts”.

The visit will see the pair first travel to Manchester for the One Young World Summit on September 5.

Harry and Meghan will then head to Germany for the Invictus Games Dusseldorf 2023 One Year to Go event, before returning to the UK for the WellChild Awards on September 8.

With the trip coming in the midst of Harry’s battle with the UK Government over police protection – many royal fans are wondering what the Sussexes’ security detail will look like.

And it comes weeks after Harry and Meghan’s frosty return to the UK for the Queen’s platinum Jubilee.

Many questions have been asked over whether the couple will visit the Queen after they saw her for just 15 minutes in a “formal” visit last time.

Here, we break down seven key questions Brits are asking ahead of Meghan and Harry’s trip across the pond next month.

Will Harry and Meghan pay for their own security while they’re here?

The announcement of Harry and Meghan’s upcoming visit comes days after Harry filed a SECOND lawsuit against the UK government in the couple’s security row.

Harry claims his family are “unsafe” in the UK without self-funded Met Police armed bodyguards.

His offers to pay for round-the-clock officers  — normally reserved for royals and Government officials — have been rejected as he’s now a private citizen.

The Home Office told Harry London’s cops are not “guns for hire”.

Now, Harry has filed a second lawsuit against the Home Office and Met Police.

The Judicial Office said: “It is at an early stage, no hearings have been listed yet and no decisions have been made.”

During their “no-fanfare” Jubilee visit in June, Harry and Meghan were given “cast-iron assurances” that their family would be protected.

It is not known what that means for Harry and Meghan’s upcoming trip next month, but no doubt ample security measures funded by the couple will be in place.

Will the Sussexes visit the Queen?

During their Platinum Jubilee visit in June, Harry and Meghan saw the Queen for just 15 minutes in a “formal” visit, the Sun revealed.

The Queen was able to meet her namesake Lilibet at the “quick in and out” meeting.

And last month the Monarch held out an olive branch to the Sussexes and invited them to Balmoral during her summer break.

But the couple denied ever being invited – and said they wouldn’t join Harry’s grandmother during her annual getaway, PageSix reports.

It is not yet known if Harry and Meghan will visit the Queen this time around.

But the Queen is set to return to London from Balmoral that week.

Will Kate and William’s joint 40th birthday coincide with Harry and Meghan’s visit?

The only time Harry and Meghan were seen in public with Kate and William at the Platinum Jubilee was in St Paul’s Cathedral.

Harry and Meghan sat at the other side of the aisle from Kate and Wills – with the order determined by working royal status.

And William and Kate are not believed to have attended Lilibet’s first birthday garden party bash at Frogmore Cottage.

The next party in the royal family’s calendar is the Duke and Duchess of Cambridge’s joint 40th birthday party this summer.

While details of the party are not yet known, the Queen is understood to have given the go ahead for the party to be held at either Windsor Castle or Sandringham Estate.

Royal sources told the Mirror it was agreed he and Kate, who turned 40 earlier this year, should “celebrate their landmark birthdays in style”.

And the Queen, 96, may join them and other senior royals at the bash – if she is feeling up to it.

Questions have now been asked over whether Harry and Meghan will attend the party – should it coincide with their visit to the UK in September.

Will Prince Harry celebrate his birthday with his family in the UK?

And Prince Harry also has upcoming birthday celebrations, as the Duke of Sussex is set to turn 38 on September 15.

Harry’s party plans have been kept under wraps so far.

But with the last engagement on the couple’s agenda falling on September 8 – he may choose to celebrate with his brother and grandmother before jetting back to California.

Will Harry try and repair relationship further with Charles?

Harry’s relationship with his dad Prince Charles has been fraught since Harry and Meghan quit royal duty to move to the US in 2020.

The Prince’s personal attacks against his father forced them apart and left Charles “deeply shocked and hurt“, sources said.

One such attack saw Harry tell chat show queen Oprah Winfrey he had “literally been cut off financially” — despite his dad giving him £2million in the 2020/21 financial year.

Harry also told a podcast in the US that he moved Stateside to “break the cycle” of “pain” he suffered when he was growing up.

He said of his dad: “He treated me the way he was treated”, a comment also seen as an attack on the Queen and Prince Philip.

Dad and son did not meet in July last year when Harry was in London for the unveiling of the Diana statue.

But in a marked sign the rift is being put to one side, Charles is said to have had a “very emotional” meeting with Lilibet and Archie when the Sussexes returned to the UK in June.

The heir and wife Camilla are understood to have been “absolutely thrilled” to spend time with Harry, Meghan and their children during the Platinum Jubilee celebrations.

It is not known whether Harry will try to repair their relationship further on this upcoming trip – but a follow-up meeting could be on the cards.

Will there be a sit-down summit over Harry’s upcoming tell-all memoir?

HOAR earlier revealed how Harry’s bombshell memoir is written and a finished manuscript was signed off by lawyers.

His publishers, Penguin Random House, are now trying to get it out for the Thanksgiving and Christmas market in the US.

Sources say the Queen, was the only member of the family who Harry informed about the writing of his memoir.

Insiders close to Prince Charles have confirmed he did not know about Harry’s book – despite his son having worked on it for close to a year.

Harry says his autobiography will be “heartfelt and intimate” but it is feared it could stoke up new rifts with the Royal Family.

Charles may opt for a private meeting – similar to the family’s four-hour Megxit summit with Harry in January 2020 – to nail down what to expect on publication day.

Will Lilibet and Archie join them?

It is not yet known if their son Archie, three, and daughter one-year-old Lilibet will join Meghan and Harry on their journey across the pond.

But the royal kids did fly to the UK with their parents for the Jubilee.

Charles and Camilla were able to spend time with Harry, Meghan and their children during the visit – with Lilibet’s birthday also celebrated in England.

William and Kate are not believed to have seen Harry and Meghan during the most-recent visit.

A second meeting could be an opportunity to get the Cambridge kids – George, Charlotte and Louis – together with their cousins. 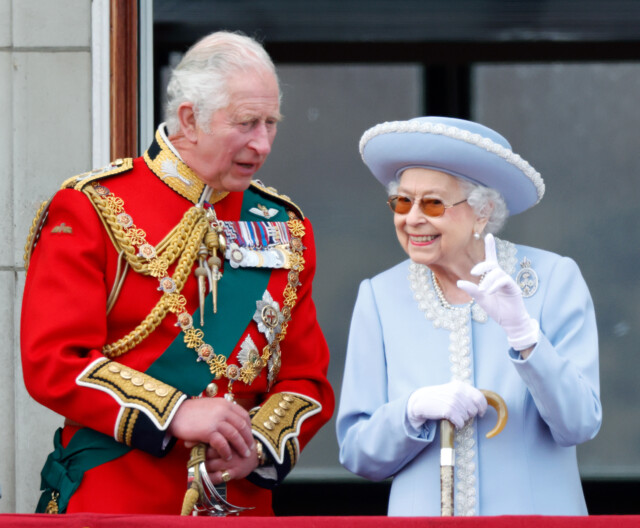 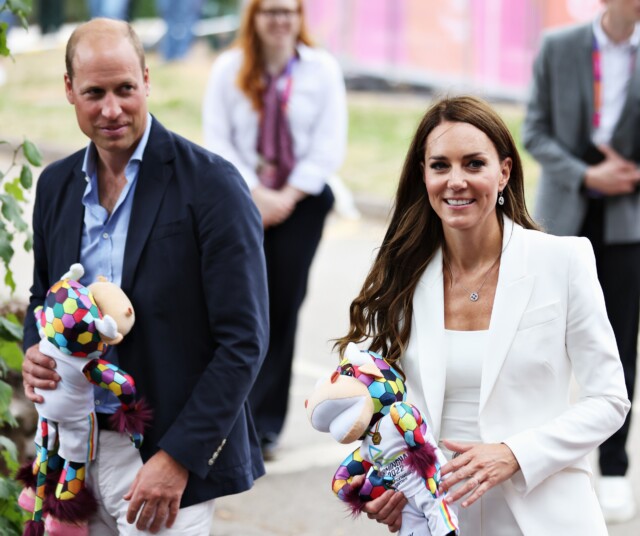 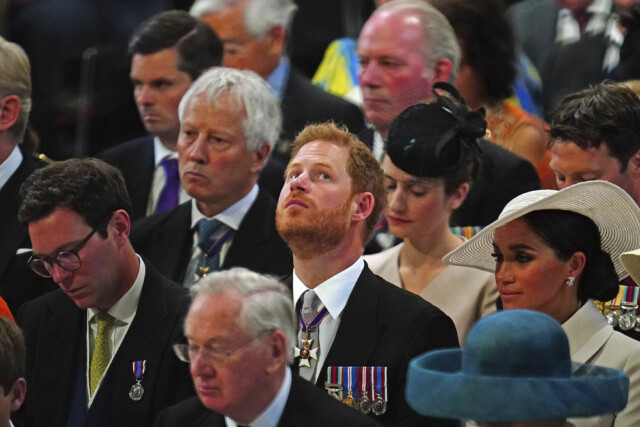 Emmerdale spoilers: Jimmy and Nicola King set up as Juliette tries to destroy the...

Former Tesco boss has been enlisted by the PM to save Christmas amidst supply...

Dancing On Ices John Barrowman admits he hasnt spoken to Caprice since she quit...