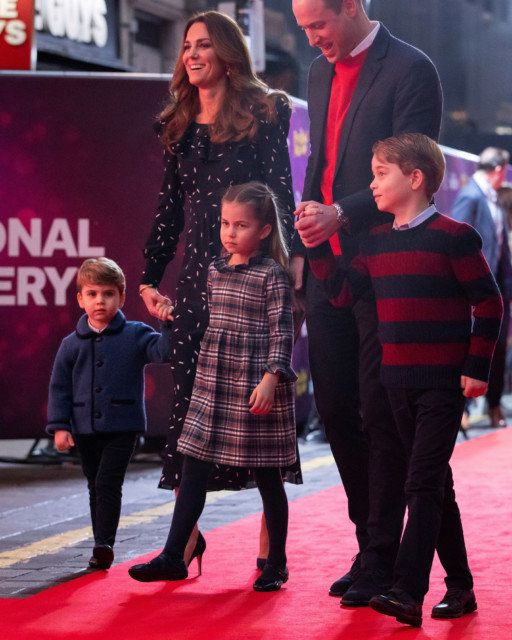 KATE Middleton is “no pushover” and a “very confident mum” to George, seven, Charlotte, five, and Louis, two, according to a pal.

The friend revealed that the Duchess of Cambridge, 38, is “very chilled at home”, whether at Kensington Palace or in Norfolk.

Kate Middleton is said to be a confident mum George, Charlotte and Louis, according to a friend

A friend told People: “It’s a normal, busy family home with kids running around and knocking things over. There’s no airs and graces.

“When you see her behind closed doors with the children, she’s a very confident mom, and she’s no pushover.

“The children get told off if they act up.”

While the duchess always looks the picture of perfection during public appearances, she often opts for a lower-maintenance routine for the school run, it is claimed. The friend revealed that the Duchess of Cambridge, 38, is “very chilled at home”

The insider claimed: “There are no blow-dries—it’s always hair up in a ponytail.

“She’s either in her gym clothes, or a dress and sneakers, very little make-up, apologising as she’s late for the school run before dashing off.

“It’s the life of a working mom with three young children—just a different sort of day job to most.” While the duchess looked the picture of perfection when she took her kids for their first day of school, she often opts for a lower-maintenance routine for the school run, it is claimed The Cambridges may live in a palace, but the source said Kate is keen that her three children have as normal an upbringing as possible.

They continued: “She is doing that to help her children be more grounded and keep their reality in check. That’s what really matters to her.”

When they are at their country home, Anmer Hall, Kate is said to enjoy taking the kids to pottery classes, or to see her parents, Carole and Michael Middleton, in Bucklebury. Kate has been seen lovingly discipling her kids in public And in the evenings, Kate and Prince William, 38, who will celebrate their 10-year wedding anniversary next April, have date nights at local pubs.

Kate is said to have a tight-knit team around her to help with family life, including Norland nanny Maria Borrallo, and her stylist and personal assistant Natasha Archer.

The source added: “If you look at the people around her, it’s a tight team. She would be lost without Maria, Tash and everyone. They work very hard, but they make it possible for Kate to juggle everything.”

In more Royal Family news, The Queen ‘watches sci-fi movie Flash Gordon every Christmas’ with the Royal Family, one of the stars claimed.

Plus The Queen showed off previously unseen photo of Prince George, Princess Charlotte and Louis during Zoom call.

Coronation Street spoilers: Gary Windass abducted and forced to dig his own grave by...

Meghan Markle and Prince Harry urged to slow down by palace aides after spurning...

Who is Ross Kemp? EastEnders star and Living With: Dementia presenter