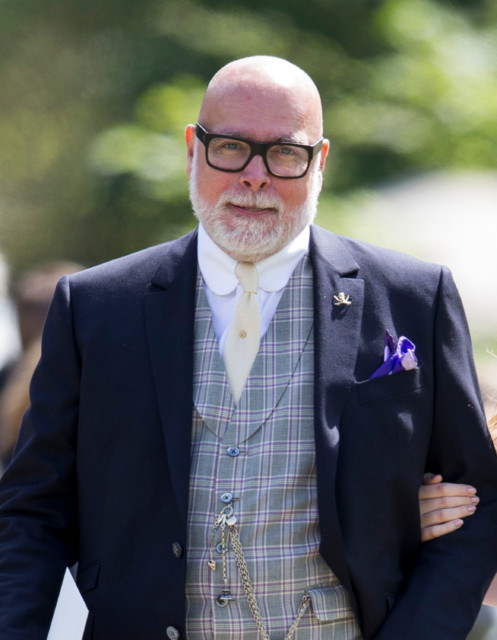 KATE Middleton’s uncle has called Meghan Markle and Prince Harry “muppets” and said their bombshell Oprah interview made him “livid”.

Gary Goldsmith, younger brother of Kate’s mum Carole, said he didn’t “believe a word” of the tell-all chat last month and there was no need for the Duke and Duchess of Sussex to “betray” the Royal Family.

Referring to Meghan and Harry as “those muppets” and the Duchess of Cambridge as “our Kate”, the proud uncle told the told the Daily Mail he was left livid by the interview.

Meghan told Oprah Kate had made her cry in a row over bridesmaids dresses – not the other way around.

Gary, who previously defended his niece over the claims, once again insisted: “There is no way the Kate I know would do that.

“I just don’t believe a word of it.

“The whole interview beggared belief. She didn’t know the words to the national anthem? Please! Harry has been singing it since he was five.

In the revealing chat, Meghan told how her mental health had suffered during her time as a working royal – and she felt suicidal while pregnant with Archie.

Meanwhile, Harry said his dad and brother were “trapped” in the Royal firm and that one member of the Royal Family had probed the duke about his unborn son and what colour his skin would be. But it was seeing Harry at Prince Philip’s funeral that gained Gary’s sympathy.

“I was angry at them over there [in California] slagging off our Royal Family. There was no reason for them to betray the family trust in the way they did.

“But seeing him at the funeral, I was just sad. He looked lost. I feel quite emotional even talking about it, but we’ve all been thinking about mental health, and here we are, watching someone crumbling in front of us. It’s not right.”

Harry was reunited with his father and brother for their grandfather’s funeral, sparking hopes of peace between them.

But the moving service sparked an outpouring of grief when the Queen was pictured alone in the pews as she bid her husband of 70 years farewell.

Of happier times, Gary remembered how William, Harry and Kate had once formed a trio.

“Look at how happy they were,” he said. “You can’t fake that. Kate adored him and everyone only wanted him to be happy.

“But at the end it became about Meghan. It’s all about Meghan. I was disappointed. I thought she was given quite a hard time from the Press, but perhaps the Press got it right quicker than we did.”

The Duke of Edinburgh’s death prompted Gary to speak of the monarchy’s future, declaring William and Kate are ready to rule.

“To give you a football analogy,” he said, “they are ready to have their foot on the ball.

“Charles would do a good job, of course, but in terms of freshening things up it would be better with William and Kate.

“With them the monarchy would thrive, rather than just survive. Charles could be found another amazing role.”

Three surprise GTA games revealed – and NONE of them are Grand Theft Auto...