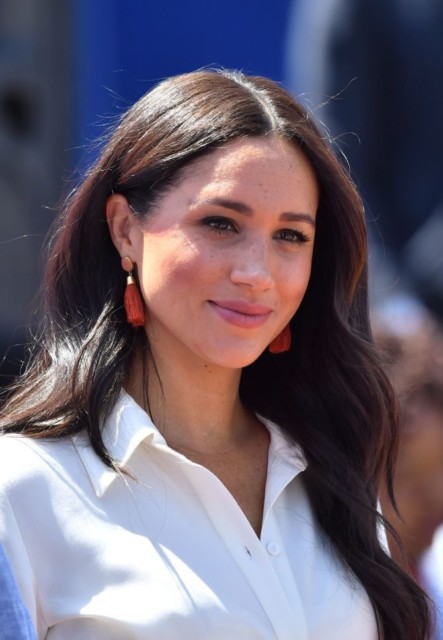 THE Royal Family do have a “problem” with race and Meghan Markle can back everything up, her pal has claimed.

Meghan, 39, accused an unnamed royal of raising “concerns” about the “skin colour” of her and Harry’s children in her Oprah Winfrey interview. Gayle King said she spoke to the couple at the weekend

The Queen, 94, released a statement almost two days after the chat saying the claims would be taken “very seriously”.

And Prince William defiantly said the royals are “very much not a racist family” when quizzed by journalists last week.

But Meghan’s friend Gayle King today claimed the Royal Family do have a problem with race.

The US breakfast host, who spoke to Meghan and Prince Harry at the weekend, told CBS: “The family has to acknowledge there are issues.

“Right now, no one has acknowledged, Houston we have a problem here. That’s really all they want. They both want a conversation.” The explosive claims have deepened the rift in the royal family The couple claimed ‘concerns’ were raised over Archie’s skin colour

She continued: “I have to say Meghan has documents to back up everything that she said on Oprah’s interview.”

Gayle’s claims come after she revealed Harry and spoken to Prince William and Prince Charles following the interview.

But she said the chat was “unproductive” as the Firm continue to reel from the sensational allegations the couple made.

The TV host also claimed “no one in the Royal Family has talked to Meghan yet at this particular time”.

The Queen said allegations that a member of the family raised concerns over the colour of Archie’s skin would be investigated and “addressed privately”.

Her unprecedented response came after the tell-all Oprah interview that saw Meghan break down in tears as she and Harry, 36, revealed the pressures they faced within the Firm.

As part of the investigation into the racism claims, the Queen will personally quiz senior royals.

She is to have private conversations with Charles, Camilla, William, Kate and others to establish what may have been said.

Harry and Meghan refused to name the alleged royal racist but Oprah said she was told it was not the Queen or Prince Philip, 99.

A statement from the palace said: “The whole family is saddened to learn the full extent of how challenging the last few years have been for Harry and Meghan.

“The issues raised, particularly that of race, are concerning. Whilst some recollections may vary, they are taken very seriously and will be addressed by the family privately.

“Harry, Meghan and Archie will always be much loved family members.” The Queen has launched an investigation into Meghan’s claims

MP Chris Pincher ‘seeking professional medical support’ after he was suspended by Tories over...