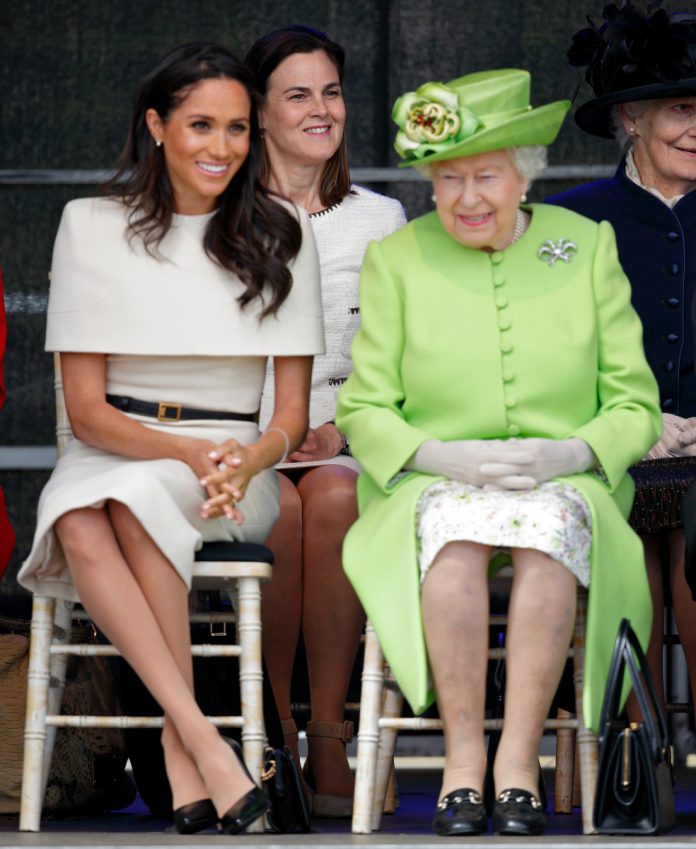 MEGHAN Markle has lost one of her top aides after she quit her job to join an eco-charity committed to reducing carbon emissions.

Samantha Cohen has left the Duke and Duchess of Sussex to work for Cool Earth, joining as co-chair of the board of trustees.

Samantha Cohen has worked for the family for 17 years

Samantha, 51, announced last year she would be leaving her role after Meghan, 38, gave birth, with the Duchess welcoming baby Archie in May.

A statement on Cool Earth‘s website from trustee, Mark Ellingham, announced the appointment.

It said: Cool Earth is delighted to welcome Samantha Cohen, former advisor to the Royal Household, as co-chair of its Board of Trustees.

Samanthas distinguished career ranges from working for the Australian Government to the Royal Household, where she was Assistant Private Secretary to The Queen from 2011-2018, and Head of Royal Communications prior to this.

Samantha, pictured at the Sussex’s wedding, announced she would be leaving last year

“As she reaches the end of her most recent role as Private Secretary to TRH The Duke and Duchess of Sussex, Samantha joins Cool Earth with a wealth of professional experience and a personal passion for protecting the worlds forests.

“Samantha has been the driving force behind initiatives such as The Queens Commonwealth Canopy, of which Cool Earth is a managing partner.

We are delighted to have Sam Cohen join Cool Earth, after playing such a key role in the creation of the Queens Commonwealth Canopy an initiative that has done so much to protect forests around the world and to highlight the importance of its preservation and revival.”

One of the charitys partners is the Royal Commonwealth Society, so Samantha and Meghans paths could cross in the future.

The Sussexs have previously come under fire for their use of private jets, despite championing environmental concerns.

Samantha took the role working with the Sussexs at their request, following the departure of predecessor, Edward Lane Fox.

After announcing her departure last September, it was said Samantha agreed to stay on to help Meghan transition into her new role as a royal, but refused a permanent position.

Samantha only took up an interim position with the Sussex’s

The mum-of-three, originally from Australia, had worked for the royal family for 17 years.

She started her career as a media minder at Buckingham Palace, after applying for a job while visiting the UK.

She rose through the ranks, becoming press secretary, and in 2016 she was made a Commander of the Royal Victorian Order by the Queen after becoming the first woman to hold the position.

Samantha was said to have been held in high regard by the royals, was described as deeply committed to the Queen.

In otherroyal news, William and Kate will be at Sandringham for Christmas withGeorge, six, Charlotte, four and Louis, one.

We also shared how Meghan and Prince Harry could welcome their second child in LA to “combat duchess loneliness”.

Liz Truss statement in full as she quits as Prime Minister with husband Hugh...