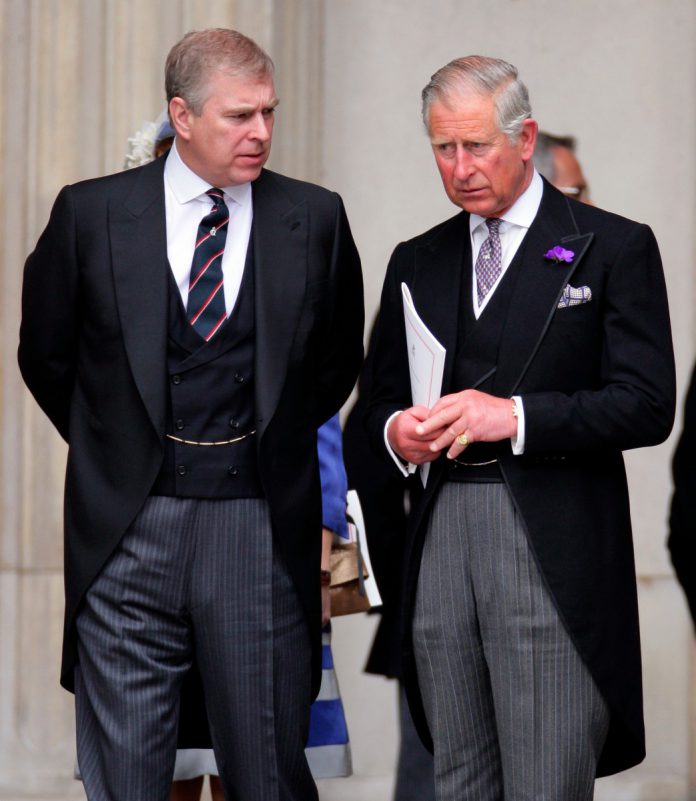 PRINCE Charles interrupted his royal tour for “stern words” with Prince Andrew, it has been reported.

The future king was in New Zealand as his younger brother stepped down from royal duties after mounting criticism over his friendship with paedo financier Jeffrey Epstein.

The 71-year-old made a call back to the UK to speak with his 59-year-old brother as the scandal unfolded, the Mirror reported.

And the Prince of Wales is expected to again speak with Prince Andrew as he returns in the coming days.

A Buckingham Palace source told the publication: “The Queen has told Andrew he has her support but it is clear his brother Charles will be having stern words with him when he gets home.

“Charles will demand to know how on earth this could have been allowed to happen, who was advising Andrew and why he was not consulted about his decision to go ahead with the interview.”

The Queen was this week seen riding with her son in a bold show of solidarity, but it is thought Charles might not be so forgiving.

He is expected to return to the UK after today setting out to the picturesque coast of Kaikoura in New Zealand.

He visited a local market while also touring Hutton’s Shearwater Colony, one of two breeding colonies for the endangered seabird in the area.

It comes after it was reported the future monarch could “read Andrew the riot act” once king.

Prince Charles is said to have always had a rocky relationship with Prince Andrew – with the latest scandal over his brother’s friendship with Jeffrey Epstein making him “b****y furious”.

Christopher Andersen, author of Diana’s Boys,told the Daily Beast: “Charlesdoes not want to inherit a crown that has been tarnished, scratched, and dented by a fresh round of scandals.

Once he is king, he will almost certainly read Andrew the riot act, if he hasnt already, strip him of many of his duties and responsibilities, and put him under the royal equivalent of what might loosely be described as house arresta life of unlimited luxury and pomp, of course, but under the reign of Charles III, the Duke of Yorks freedom to pursue his personal appetites will be significantly curtailed.

The revelation comes days after Prince Andrewgave an interview to BBC2 Newsnight’s Emily Maitlis about his links to Epstein.

He strongly denied he had sex with 17-year-oldVirginia Robertsin 2001 after going to London’s Tramp nightclub, claiming he was at a Pizza Express with his daughter Princess Beatrice.

Royal experts were stunned by the Prince’s decision to appear on TV to discuss his paedophile billionaire palJeffrey Epstein, who died in jail in August.

Prince Andrewis now under massive pressure aftersponsors withdrew their backing for himover his role in the Epstein scandal.

City giant KPMG pulled out of the royal’s international business platform [email protected] and the Outward Bound charity could also axe him as patron.

Zara Tindall gives birth to baby boy on bathroom floor – and name is...

Election declaration times when will key seats declare their results?

Shane Richie’s son says AJ would ‘probably batter his dad in a fight’ as...