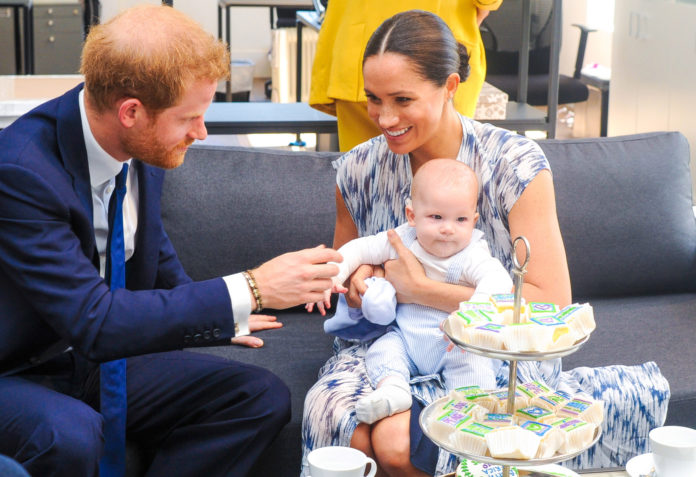 HARRY and Meghan stopped a firefighting plane being named after their baby son Archie, it was reported yesterday.

The New South Wales government wanted to mark the fact the Duchess of Sussex announced her pregnancy during her Australia visit in 2018.

In a letter, the royal couple politely declined the “kind offer” because Archie had “not yet entered public life,” according to the Sydney Sunday Telegraph.

The claim comes after Prince Harry dropped his royal surname now he and Meghan have quit Britain.

In documents registering new sustainable tour firm Travalyst he uses neither his HRH title, nor the family name Mountbatten-Windsor.

He also ditches the surname Wales which he used at school and in the Army.

Instead, Harry, 35, is listed only as Prince Henry Charles Albert David, Duke of Sussex.

He and Meghan called their new charity Archewell, after son Archie, now 11 months.

Last week the couple revealed they are to launch a charity called Archewell – which they claim is named after Ancient Greek word ‘Arche’ that inspired the name of 11-month-old Archie. Harry uses neither his HRH title, nor the family name Mountbatten-Windsor in the documents registering new firm Travelyst Harry, pictured in 2009, often used Wales as a surname while at school and in the military

Rishi Sunak admits he is ‘playing catch-up’ to Liz Truss but says it has...