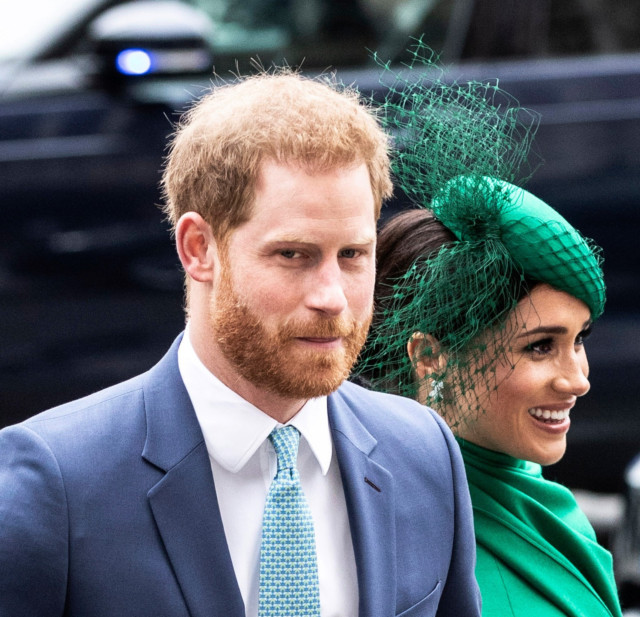 PRINCE Harry has backed a “drive for the truth” from the BBC as it launches a probe into Martin Bashir’s bombshell Princess Diana interview.

Harry, 36, has been getting regular updates on the situation and supports Prince William’s view that the investigation is a “step in the right direction”. Bashir allegedly peddled 32 lies and smears to the princess to clinch his Panorama chat in 1995, in which Diana famously said: “There were three of us in this marriage”.

She also admitted to her infidelity with Army captain James Hewitt, and questioned Charles’s suitability as king.

The BBC has appointed ex-judge Lord Dyson to handle its inquiry.

The Duke of Sussex is said to care deeply about his mother’s legacy but unlike his brother he has chosen to remain silent on the subject.

A source close to the Duke told the Telegraph: “Harry is getting regular updates and is aware of everything that is happening.

“You do not need a public statement to imagine how he is feeling privately, people know how much his mother means to him.”

Harry has supported William’s view privately but some have suggested his reluctance to speak out publicly was a sign of an alleged rift between the brothers.

However, friends described this as “deeply offensive”.

The source added: “Sadly, some people are not just seeing this as a drive for truth, but also trying to use this as an opportunity to try to drive a wedge between the brothers.”

Both Harry and William, 38, are in close contact with their uncle, Earl Spencer, who has been informing them of the investigation’s progress.

The reports from Harry’s camp come after his brother sensationally intervened in the row over the interview.

In a break with precedent, William said in a statement: “The independent investigation is a step in the right direction.

A source close to Wills, who was 13 at the time, said he has been “informed appropriately” by the BBC, and has been in touch with the broadcaster for a fortnight.

The source said: “This is in part about protecting his mother’s legacy, so it is a very personal matter.

“William has kept a close eye on what has unfolded but believes things are moving in the right direction.

“In the end what he wants is the same as everyone else — for the truth to be unearthed and any appropriate action taken.”

Earl Spencer has called for an independent probe and said he was “not at all satisfied” with the “parameters” of the BBC’s investigation.

The inquiry will examine what knowledge the BBC had in 1995 and 1996 of “mocked up bank statements purporting to show payments to a former employee of Earl Spencer (and) the purported payments to members of the Royal Households”.

But Earl Spencer tweeted on Friday “As I’ve told the BBC this evening, I’m not at all satisfied with the parameters they’ve set around their enquiry into the Panorama interview with Diana of 25 years ago tonight.

“Lord Dyson must be free to examine every aspect of this matter, from 1995 to today, as he sees fit.” Earl Spencer has previously accused the Beeb of a “whitewash” in a dramatic letter blasting Bashir to the BBC’s director general.

He slammed the “sheer dishonesty” over the sensational interview and has claimed the BBC failed to accept the “full gravity of the situation”.

Earl Spencer told Beeb boss Tim Davie that Bashir showed him falsified bank accounts, which claimed to wrongly show two senior courtiers were being paid by security services for information on Diana, in the hope it would win him an introduction to her.

He also claims to have a letter sent to him by Bashir, where he implied Prince Charles had an affair with their nanny to increase pressure on Diana and Earl Spencer’s co-operation.

Diana’s furious brother said if he hadn’t seen the bank statements he would not have made the introduction and the scoop wouldn’t have happened.

According to The Daily Mail, in an email on October 23 Earl Spencer wrote: “If it were not for me seeing these statements, I would not have introduced Bashir to my sister.”

He added: “The sheer dishonesty of what I’ve seen in the BBC 25 years ago – both in Bashir and his colleague’s actions in securing the interview, and the whitewash under Tony Hall’s name – demands it.”

A BBC spokesperson said they can’t comment on private correspondence, but added the corporation is “being as open as we can about events from a quarter of a century ago”. A source close to Wills, who was 13 at the time, said he has been ‘informed appropriately’ Wills, right, has broken his silence over the BBC’s investigation

The BBC has said Diana wrote a note saying she did not see the false bank statements and that they played no part in her decision to give the interview.

Bosses at the corporation have also denied claims the letter from Diana was forged, with a spokesperson saying there isn’t a “shred of evidence to suggest the note from the Princess was anything other than genuine”.

However, they said it no longer has a copy of the letter.

Lord Dyson, former Master of the Rolls and head of civil justice, will start the inquiry immediately. It will consider if the steps taken by the BBC and Bashir were appropriate, and to what extent they influenced Diana’s decision to take part in the grilling.

A graphic designer who mocked up the documents allegedly used to secure the interview has said he was made “the fall guy” by the BBC and urged the broadcaster to apologise.

Director-General Davie said: “The BBC is de­termined to get to the truth about these events. Lord Dyson is a highly respected figure who will lead a thorough process.”

Lord Dyson vowed to be “both thorough and fair”.

Bashir is currently signed off from work as the BBC’s religion editor.

The corporation said: “He is recovering from quadruple heart bypass surgery and has significant complications from having contracted Covid-19 earlier in the year.”

The BBC will publish the report of this investigation at its conclusion.

Brits spending less money on food amid cost-of-living crisis – here are some top...