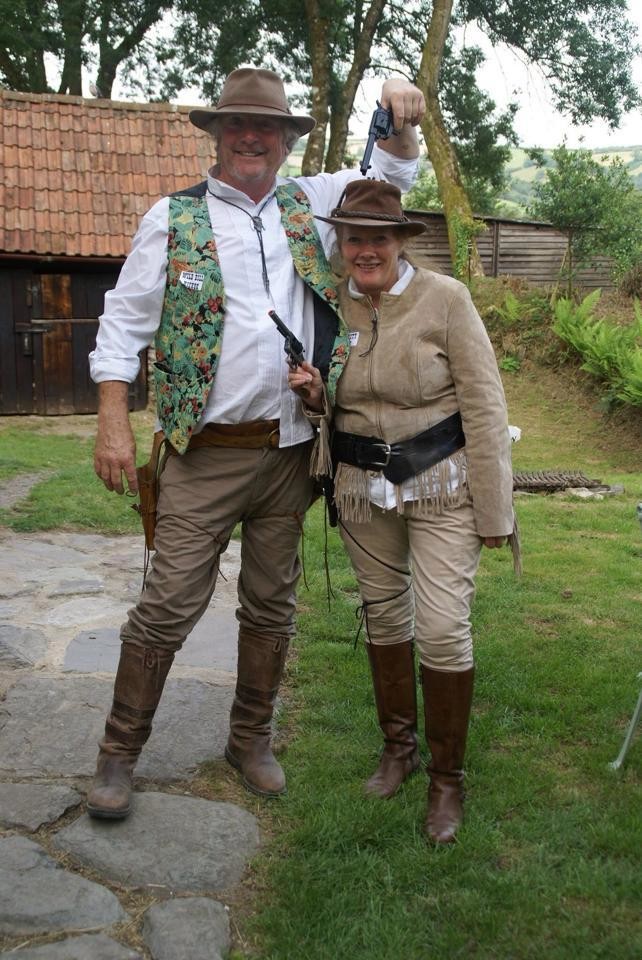 A DOG trainer shot his estranged wife — a pal of Princess Anne — before blasting himself in the head, an inquest heard.

John Zurick, 67, and his wife Debbie, 56, were— next-door neighbours of the PM’s dad Stanley Johnson — trained and bred gundogs.

They were part of the Working Clumber Spaniel Society, of which Anne is president.

Debbie, 56, is thought to have begun an affair with an Irish farmer last summer and— had returned to the couple’s cottage in Winsford, Somerset, with a pal to collect some possessions.

Friends say moments after shooting his wife of 30 years, Zurick held her friend captive — then shot himself.

Zurick died in hospital days after the bloodbath on February 22, an inquest on Monday heard.

Princess Anne‘s spokesman said: “The Princess Royal is saddened to hear of the death of Mrs Debbie Zurick.

“She will be sorely missed as secretary of the Working Clumber Spaniel Society.”

Days before Debbie was killed, Avon and Somerset Police had seized her husband’s licensed firearms.

But they are thought to have missed an unlawfully owned shotgun, which he is said to have used to shoot his wife.

The force referred itself to the Independent Office for Police Conduct after admitting it had “prior contact” with the couple.

John Zurick had been due in court next month to face a drink-driving charge.

At Plymouth Coroner’s Court coroner Ian Arrow was told that Avon and Somerset police are carrying out a murder investigation.

The inquest was adjourned and the case will be passed on to a coroner in Somerset who is dealing with Mrs Zurick’s death.

Police had seized John’s firearms days prior to the incident, but are thought to have missed the one he used to murder Debbie

Prince Harry and William’s touching tribute to Diana in full